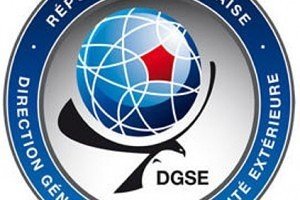 A Golden Opportunity for US Intelligence to Squeeze Assad

October 1, 2012 8:25 am 4
Barack Obama’s war in Syria could be a sideshow
The ISIS Political Football
Sorry Papa, Only Violence Against Assad Will Spare Us Assad’s Violence

A Telegraph article was brought to my attention by a dear friend in which the author claims that Assad “delivered” Qaddafi to the French Intelligence in return for less pressure on his regime by communicating Qaddafi‘s Iridium satellite number, which permitted the French to pinpoint his coordinates, to follow his movements, and to eventually capture him and kill him. The information related to Assad’s betrayal of Qaddafi was confirmed by a “Senior intelligence officer in Tripoli”.

Several interesting questions come to mind. Who else did Assad trade for in the past for one favor or another? Will Nasrallah, or Bachir of Sudan, or any Arab leader change their satellite numbers immediately and ever call Assad again? Will the Iranian IRGC leaders be careful when in Syria? We, Syrians, always knew Assad would sell his mother for a dime if it means saving his own skin. Now you know it too.

This article also opens a window into the mindset of a violent dictator. For Assad, the fallout from the demise of Qaddafi in terms of the morale boost it can provide Syrians fighting his regime is less important than western pressure against his regime. It goes to show how Obama‘s diplomacy is an utter failure when it comes to violent and oppressive regimes. I cannot imagine anyone in today’s White House make that distinction or even make such an observation. It’s all about the comfort zone of the President and not what brings real results.

That pressure could be in the form of weapons to the Syrians fighting against Assad. Imagine if the US ships anti-tank weapons to the FSA and prior to the second shipment, it calls Assad and asks him to deliver verifiable Iranian intelligence, or North Korean intelligence, or even Russian intelligence in return for halting the next shipment for 15 days. Assad believes he can turn back the clock and what a golden opportunity this may be for US intelligence since we know what triggers Assad’s betrayal of others.

This news story also highlights an aspect of oppressive regimes many on the outside cannot compute easily. Namely that Arab regimes will do anything to stay in power. Cross this fact with the knowledge base negotiators and practitioners of diplomacy possess about their hopeless efforts and the labyrinth of diplomacy becomes an obvious one. To Assad, western diplomats like Senator John Kerry are just mice running endlessly in a maze of their own making in the hope of finding an exit.

Let’s squeeze Assad now that we know that upping the pressure against him works far more effectively than negotiating with his buddies in Tehran.

A Golden Opportunity for US Intelligence