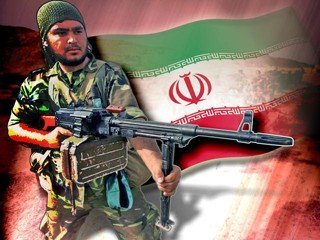 Is Obama getting permission from Iran to strike ISIL?

September 24, 2014 1:28 pm 0
Imagine Hitler instead of Churchill
Nasty White House deceptions
It’s time for Obama to make a choice: Lead us or resign

From the “believe it or not” department of the White House comes this exclusive article from Reuters.

“The United States informed Iran in advance of its intention to strike Islamic State militants in Syria and assured Tehran that it would not target the forces of Syrian President Bashar al-Assad, a senior Iranian official told Reuters.”

Is Obama getting permission from Iran to strike ISIL? There are always few layers more to Obama’s deceptive tactics.

Why waste taxpayer’s money to the tune of $500m to fund the Syrian opposition if the president is providing assurances that are contrary to the ultimate goals of the funding? This spaghetti of a foreign policy must end.

The article goes on to say:

The communication, confirmed in part by a senior U.S. State Department official, may signal the estranged foes are inching toward a level of contacts rarely seen in over three decades since the 1979 Islamic revolution when a hostage crisis prompted Washington to sever ties with Tehran.

Speaking on condition of anonymity, the senior Iranian official said Tehran had voiced concern for Assad, its closest regional ally and the recipient of Iranian military support during a Syrian civil war now in its fourth year.

In other words, Obama is poking Benjamin Netanyahu in the eye by letting him know that his relationships with Iran are much cozier than they are with our long-term ally Israel. He is no longer hiding these relations.

If American Jews give any more money to Obama, the Jewish community in unison should publicly chide them. This has become a death wish for all the Jews who still refuse to accept a nuclear Iran staring them in the face.

When it comes to Assad, an Iranian official added:

“Iran was concerned about Assad’s position and his government being weakened in case of any action against IS (Islamic State) in Syria and brought this issue up in meetings with Americans,” the senior Iranian official said.

“This issue was first discussed in Geneva and then was discussed thoroughly in New York where Iran was assured that Assad and his government will not be targeted in case of any military action against Daesh (Islamic State) in Syria.”

Obama has become the enemy of our allies and the friend of the terror of Assad and Iran.

Obama has become an accomplice to the mass murders Assad committed against the Syrian people.

Is Obama getting permission from Iran to strike ISIL?

Explaining why ISIL attracts Muslims from the US and the EU
Is Obama that blind?
Guns dictate peace
Radicalism 567 Slippery Barack Obama 976 Support U.S. Allies 152