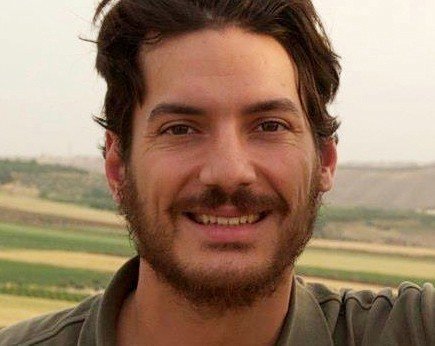 Obama just sealed the fate of Tice and Sotloff

I cannot imagine the pain the family of James Foley is going through. I cannot imagine how his mother feels to know her child died under such horrific circumstances and at the hands of such savages.

Today, we are all James Foley. Every American should stand by his family and his memory as well as stand by the families of Austin Tice and Steven Sotloff who are still missing in Syria, and also?held?by the Assad regime.

The circumstances under which James Foley died are circumspect at best. We all know he died at the hands of ISIS, but what we do not know is how James Foley became a hostage of ISIS.

Especially, when?Kroll, a global security firm with considerable resources to acquiring actionable intelligence, hired by the Foleys, assessed, with a high degree of certitude, that James Foley was being held by the Assad regime?s Air Force Intelligence Services known for their ultra-extreme terror.

Many western news outlets?published?this fact. Even the Foley family?confirmed?it in this story:

The family of a New Hampshire journalist abducted in Syria on Thanksgiving last year says they believe they now know where he is. James Foley?s family on Friday claimed the Syrian government is holding him in a military detention center.

When Barack Obama stood on the podium yesterday to confirm ISIS is behind the horrific?killing?of James Foley, he was passing himself the ball in defending his policy on Iraq when he abdicated his responsibility on Syria. The last thing Obama wants is to point the finger at Assad, which will point the finger right back at him. ISIS is the shortest distance to emancipation for Obama.

The Foley family knows it very well and no one should blame them for their public silence.

Anyone who knows the MO of ISIS knows well they murder people the moment they capture them. They do not take any prisoners.

Once again, terror prevails in the face of western appeasement and weakness. Terror in the Middle East will go unabated as long as the US does not uproot the source of all terror in the region in the regimes of Assad and Khamenei.

By exposing the Assad regime, we hope to save the lives of Austin Tyce and Steven Sotloff. What Obama did yesterday is permit Assad to hand them over to ISIS for another PR bonanza, and to instigate Obama to attack ISIS in Syria.

In fact, Obama just sealed the fate of Tice and Sotloff. Both he and Assad are playing a friendly game of Ping Pong with American lives.