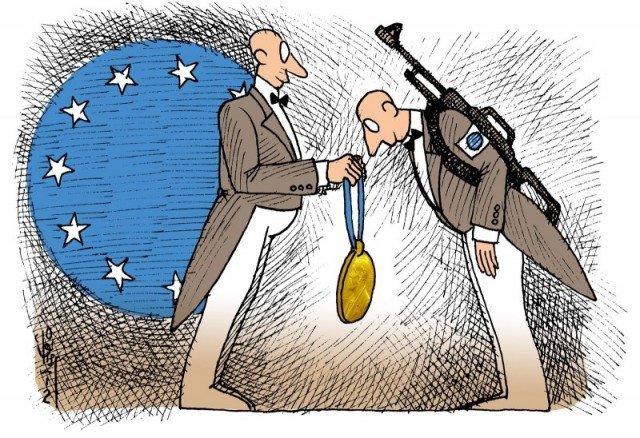 There are three essential impediments to peace. Peace with men of violence is a non-starter no matter the goodwill and the magic of diplomatic words or promises; peace, based on justice and history, which is usually subject to two interpretations at odds with each other; and peace pursued by selfish, self-promoting politicians who use it as a window fiddle.

In the case of Syria and Iran, it is a non-starter because these countries are led by men of extreme violence. Sooner or later, any peaceful appeasement will come back to haunt those unfortunate suitors. In the case of Iran, its main argument of accusing the United States of imperialistic ambitions has but one goal, which is to replace the US with its own imperialistic theology based on an absolute abuse of human rights (Especially women and children) and on expanding its full representation of the will of God (Ayatollah means God’s Verse). In Ayatollah’s Khamenei’s eyes, God is a vicious killer of women and children and he is carrying His will on earth.

How is it possible to make peace with such violence dictated by the God Khamenei believes in? Or any God that any Muslim, regardless of sect, believes in?

The other peace subject to the interpretations of the opposing parties has led to two World Wars and a standoff between the Palestinians and the Israelis that no US President has been able to manage with any success (Nor will Mr. Obama) and has led to two big wars in the Middle East neither sides want repeated. It has also led to the Palestinians stealing the limelight away from other Arabs living under oppression whose causes are as centric as the Palestinian Cause is if not more. The time wasted between the Palestinians and the Cold War would have been better used to educate the Arab masses in the aftermath of the Ottomans. Islamic terror may not have begun if Arabs were given the chance to join the West instead of letting them rot under the mediocrity of Arab strongmen.

Yet, many Western countries still believe that a peace is within reach and aiding the Palestinians maintain the status quo is doing all Arabs a favor. Worse yet, they believe that peace between the two parties will magically enlighten all Arabs and all terror will cease to exist.

Lastly, peace initiated by willing men but whose agenda overflows to include their own personal ambitions and desires. Peer recognition for a great human achievement drives men and women often to lose sight of what is possible and what is impossible, what is manageable and what is too rusty to move an inch. They log the miles and count the handshakes, they plan meeting upon meetings, conferences upon conferences, and they push old recycled ideas in the hope their mousetrap has an edge. Along the way, they lose sight of reality, of history, and the nature of men. Ink is poured, applauds are heard, and books are written on utter failures because these men of peace were driven by selfishness, not the reality of peace.

Throughout history, the only peace that has lasted long enough to advance humanity is the one dictated by the gun. Guns dictate peace. Humankind will always wage wars and success in the field of peace is measured by how far apart these wars are. Germany after WWII (Without the heavy burden of the Treaty of Versailles), Imperial Japan after an atomic attack, Saddam Hussein after the Gulf War, etc…

As such, Iran’s violence cannot be tamed by appeasement. Only the barrel of a gun will eradicate Iranian and Syrian terror in the Middle East. Hindsight, after 9/11, the Iranian Mullahs should have been targeted, which would have resulted in a domino effect in Iraq and Syria.

How long before the US public realizes that the mistakes of President Obama will lead us to the slow dilution of US powers to affect US interests? My hope is that a wiser US President will target the Mullahs, in the near future, and depose them without firing one US bullet and without any loss of life by wars or terror.

The US has the means, the men and women, and the measures. All that is needed is the will.