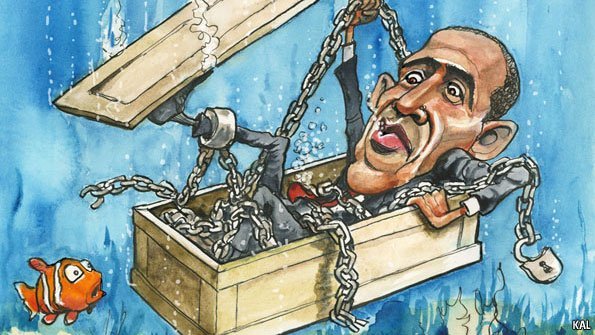 We cannot find one instance where the Atrocities Prevention Board (APB) has sprung into action considering the number of atrocities we have witnessed committed by evil men like Assad, Khamenei, al-Baghdadi, and Nasrallah; all of them in Syria and Iraq.

The Barack Houdini Atrocities Prevention Board

Under the Obama Administration, the world has witnessed more atrocities committed by different evil actors than any other president barring. Even Darfur or Rwanda dwarf the total number of tortures, hangings, killings, and gassing of people, especially the weakest in women and children that have taken place since 2008 in the Middle East, Africa, and partially in Europe.

Ambassador Samantha Power helped create the Board as part of her mission to eradicate crimes against humanity. We are almost certain she is not happy about its slow demise because unlike other officials, @AmbassadorPower is truly committed to eradicating genocide.

However, the person most responsible for not invoking the powers of the Board is none other than Obama himself. In an article dated July 10, 2013 in the National Interest, it pointed out to how little impact The Harry Houdini-Barack Obama Atrocities Prevention Board has over policy.

Lanny Breuer, who represented the Justice Department on the APB until recently, argued that it was “unrealistic for a new entity that has no real authority to galvanize the government on Syria,” and added, “But what it can do is to raise awareness.” Breuer’s comments may be accurate, but if so, the administration surely oversold the APB’s potential when it was rolled out.

On background, those affiliated with the APB argue that it has functioned largely as it should during the crisis. They point out that the APB was created to push decision making and policymaking on mass atrocities to the highest levels in government, and that the decisions on how to respond to the situation in Syria have been rigorously debated by the president and his core national security team.

No board can force a president’s hand, and most agree that the policy choices in Syria run the gamut from bad to awful. Perhaps the APB is better positioned to deal with crises that are over the horizon or for which there are warning signs rather than ones that are directly unfolding. But, all that said, the APB was created with the express intent to prevent the next Rwanda or Bosnia, and Syria is looking an awful lot like one of those tragedies for which the phrase “never again” keeps getting repeated.

If Syria cannot get The Barack Houdini Atrocities Prevention Board to make recommendations that would affect policy or at least stir action, the HHBOAPB is as good as dead. Behind this death is none other than Barack Obama because invoking the Board’s mission would force him to take action; since this president loathes taking any action except swing a nine iron, The Harry Houdini-Barack Obama Atrocities Prevention Board is Obama’s white elephant.

Do not be surprised, though, to see the APB prominently displayed in Mr. Obama’s future library as one of his stellar accomplishments.

Taking bets today in support of our library theory.