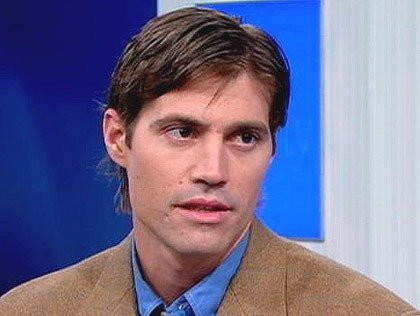 August 19, 2014 8:47 pm 1
The Muslim Arab Middle East in Technicolor
After Assad, Naivete is our Worst Enemy
Sexual Abuse and Torture of Women in Assad’s Prisons

The US media reported today that James Foley, held in Syria for the last two years, has met his fate at the hands of the ISIS terror. The savages beheaded him and made a video of that act of barbarism.

How does an American photojournalist who “has been held” by the Syrian intelligence services suddenly become a prisoner of the ISIS savages?

For those of us who know the Assad regime all too well, we turn skeptical when big stories with big headlines suddenly appear in the western media claiming that an American has been beheaded by a terror group even though he was held by Assad.

Is it possible Assad delivered James Foley to ISIS in the hope they kill him so he can milk the beheading fully to his advantage? Is it possible Assad is inviting Obama to fight his war too? You bet your farm it is possible. It never amazes me how naive the western media could be.

If the Assad regime held James Foley, as confirmed by this AFP story, how did James Foley land in ISIS lap? It is the simplest of questions to ask. The US media should ask these questions.

A US journalist missing in war-torn Syria is believed to be held by government intelligence agents at a detention center near Damascus, a spokesman for his family said Friday, May 13, 2013. y 13, 2013.

“With a high degree of confidence, we now believe that Jim was most likely abducted by a pro-regime militia group, commonly referred to as the Shabiha, and subsequently turned over to Syrian government forces,” said Balboni, who has also been serving as a spokesman for the Foley family.

I think the parents of James Foley should shake that tree instead of letting the good life of their son become part of the propaganda of the terror of Assad. If it were my son, I would not call this act of violence as closure and nor should the Foley family.

Assad killed Foley in the hope it may incentivize Obama to come to his aid in Syria the way he came to Iran’s aid in Iraq. If not, just the propaganda alone benefits him greatly.

Even if the CIA discovers Assad was behind killing Foley, Assad knows Obama has no guts to pursue justice for the Foley family.

Will Obama fall for another Iranian ruse and strike ISIS in Syria too? Considering he has teenagers around him dictating foreign policy, I would not be surprised at all.

RIP James Foley. We offer our condolences to his family.

Russian Policy of Raping Muslim Women
Assad Control of Syria Down to 20%
If we do not defeat Assad, ISIL may defeat us
Assad Genocide 429 Radicalism 567 Western Appeasement 483