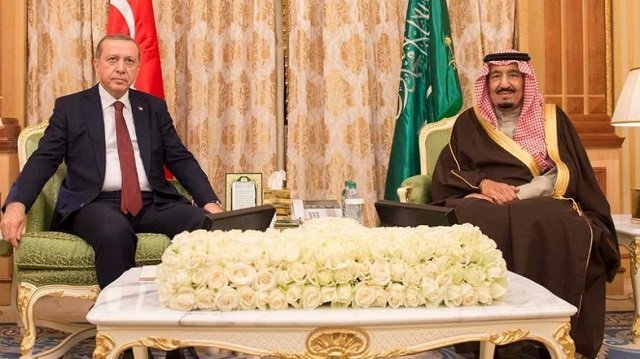 December 30, 2015 7:21 am 0
Multiply Assad Crimes by Ten if Iran Deal is Signed
An exclusive WSN interview
Who is not fighting whom in the Middle East?

Saudi Arabia and Turkey agreed on the need to set up a “strategic cooperation council” to strengthen military, economic and investment cooperation between the two countries, Saudi Foreign Minister Adel al-Jubeir said on Tuesday. Two Sunni giants uniting to confront Russia and Iran in Syria.

“The meeting produced a desire to set up a high-level strategic cooperation council between the two countries,” Jubeir told a joint news conference with his Turkish counterpart after talks in the Saudi capital, Riyadh, between Saudi King Abdullah and Turkish President Tayyip Erdogan.

He said the council will deal with security, military, economic, trade, energy and investment between the two countries.

Zahran Alloush, who headed Jaish al-Islam army, was in constant battles against the terror group. Killing him served ISIS more than the psychopath Assad. His death was a major blow to rebel control of the eastern suburbs of Damascus. He was replaced immediately.

The new unity on strategic matters between the two Sunni giants in the region aims at limiting the damage the Russian forces are exacting against the Syrian rebels fighting the Assad regime. Turkey, as a NATO member country, has access to assets and resources Saudi Arabia may deem necessary to protect the region from the new Russian threat whose long-term goals mirror those of Barack Obama, mainly to yield to Iranian hegemony in the region.