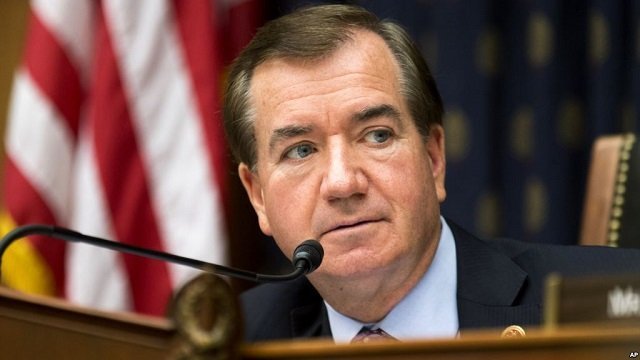 The U.S. House Foreign Affairs Committee on Wednesday unanimously passed two resolutions to increase pressure on the Obama administration to do more to stop Islamic State terrorists and to help the people of Syria.

The first resolution accuses Syrian President Bashar al-Assad and his allies, singling out Russia and Iran, of committing war crimes against Syrian civilians. It contends that “the vast majority of the civilians who have died in the Syrian conflict have been killed by the government of Syria and its allies, specifically the Russian Federation, the Islamic Republic of Iran, and Iran’s terrorist proxies including Hezbollah.”

The war crimes resolution calls on President Barack Obama to direct his U.N. ambassador to support creation of an international war crimes tribunal to prosecute anyone guilty of committing war crimes and crimes against humanity in Syria.

It says the Syrian government has “engaged in widespread torture and rape, employed starvation as a weapon of war and massacred civilians, including through the use of chemical weapons, cluster munitions and barrel bombs.”

House Foreign Affairs Committee Chairman Ed Royce, a California Republican, said the establishment of an international tribunal would send a strong signal to the Syrian people that they are not alone. About 425,000 Syrians have been killed, and four million others are living in exile.

The sponsor of the resolution, Republican Representative Chris Smith of New Jersey, cited similar war crimes tribunals in the former Yugoslavia and Sierra Leone, saying they were effective in bringing perpetrators to justice.

The war crimes resolution says Russia has not only enabled Assad but also “has committed its own violations of international law by leading deliberate bombing campaigns on civilian targets including bakeries, hospitals, markets and schools.”

The committee also passed a second resolution, which expresses the sense of Congress that the atrocities committed by Islamic State against Christians, Yazidis and other ethnic and religious minorities constitute war crimes, crimes against humanity and genocide. That resolution already has 200 Republican and Democratic co-sponsors.

A number of lawmakers from both parties have joined with religious freedom and human rights advocates to demand that the State Department label Islamic State crimes genocide.

At three hearings on Capitol Hill last week, Secretary of State John Kerry came under pressure from Republican lawmakers to declare IS guilty of genocide. Kerry expressed revulsion at the slaughter of innocents but said the State Department has to carefully review the legal standards that constitute genocide.

Lawmakers point to the killings of thousands of members of the Yazidi religious minority in Iraq, starting in 2014. In most cases, IS fighters kill the men and take women and girls as slaves. Some lawmakers are demanding that it also be recognized that IS propaganda calls for the targeting of Christians, and they cite the brutal beheadings by IS of Christians from Ethiopia and Egypt.

In a major spending bill, Congress gave Kerry until March 17 to make a determination declaring IS acts against religious minorities genocide.