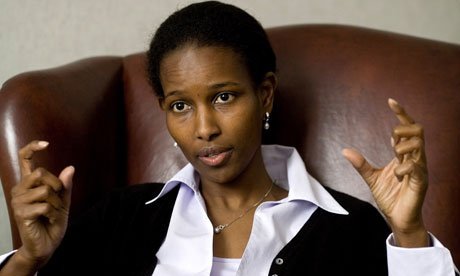 Why Do Liberal Muslims See Eye-to-Eye with Israel?

Why do liberal Muslims see eye-to-eye with Israel, one must ask.

Some of us liberal Muslims are facing the toughest times in our struggle for common sense and peaceful co-existence as the Middle East rages with extremism and terror. Not unlike Israel suffocating today from exactly the same factors. The fact is that both liberal Muslims and Israel share the same enemies, the same aspirations., and some important common goals.

At the present time, traditional Muslim countries like Saudi Arabia and Egypt find themselves in agreement with Israel on Iran. But while Israel wants Iran defeated because it is a threat to its own existence, Saudi Arabia wants Iran contained because the country adheres to the Mazhab al-Shi’i. In other words, it is a short-term alliance timed by events very similar to the short-term alliance between extremist Sunnis and extremist Shias that ignores a history of conflicts these Islamists cannot but fight over should they divert their attention away, long enough, from the US and Israel.

But when it comes to liberal Muslims, who have a long-term vision for the region to openly embrace western knowhow and technological advancement aimed at lifting the standards of living of our own people, we find ourselves allied with the State of Israel based on shared values and common interests. Add to this the hope that one day we will open our borders for commerce and you understand why Israel is central to our success. We support Israel not because we are in love with Israelis or because we are taking a stand against our own religion. We support Israel because an alliance with this successful country bears all the hallmarks of protecting the interests and yielding a better future of our people. Supporting Israel is tantamount to supporting ourselves. The same is true for Lebanon and Iraq, both democracies that have been undermined by Syria and Iran.

That long-term sharing of values is what makes liberal Muslims defend the State of Israel, whether publicly or privately. Politics aside, Israel’s existence, in addition to Lebanon’s independence and Iraq’s new democracy, will pave the way for Muslims to acquire the tools of success even though, from all appearances, the new axis of evil seems to supplement its powers every week. Pragmatic liberalism will eventually prevail to survive the vast divide between what we could be and who we are today.

However optimistic this view is, unity amongst people with shared values promoting commerce rather than “resistance” with closed borders is not a pipe dream. Nor is the day far in the future when we will see the people of the Middle East, free from oppression and embracing freedom with all its responsibilities and obligations, develop the understanding that we, liberal Muslims, have acquired as a result of living in free and democratic environments. If we can imagine how important freedom is to our future, one which must include true peace with all of our neighbors, there is no reason why tomorrow’s free people of Syria won’t fully grasp how essential co-existence with Israelis is to their future.

Because the people of Syria are not free, with the ability of the Assad regime, through fear and intimidation, to force upon them the ideology of “resistance”, it is normal that they lack such bleeding-heart considerations. Today, no Syrian asks “What am I gaining in waging a war when I can accomplish much more through peaceful intent?”. Assad’s propaganda and emergency laws supremely control such questions. Additionally, very few Syrians realize today that “resistance” is but an insurance policy for the Assads to rule indefinitely.

Furthermore, we believe that our common enemy is “stability”, which is a concept aimed at striking balance between politics and religion. It was first introduced in the 70’s for the purpose of suppressing the Arab ignorant masses with three goals in mind: 1) Diminish all risks for nuclear proliferation, 2) Unfettered access to oil, and 3) Protection of US allies at any cost. At the time, no one could have predicted that “stability” will soon turn into religious chaos. It lay the foundation for today’s terror long before Iraq in 2003 and even before the Gulf War in 1991.

Although, the aims and goals of “stability” seems to have worked initially in the 70’s, in today’s world of changing priorities and threats (Missiles, nuclear proliferation, extremism and terror, Internet freedom, etc..), this doctrine seems oddly out of context and more empowering extremism (Talking to Hamas and Hezbollah while engaging with Syria and Iran) than it is obvious to those promoting these unproductive policies. The US did not aggressively protect and defended its liberation of Iraq when it was attacked by Syria and Iran. Concurrently, the costs of the war in Iraq has rendered our politicians lazy to the point of reverting to an antiquated doctrine in the hope it will work. What works in the Middle East today is, unfortunately, utter violence against violent dictators. Proof? When the US liberated Iraq, the Iranian regime, fearing it was next, offered in 2003 a truce with the US.

In the US, between 2004 and 2008, 50% of the job titles disappeared from the US job market lexicon. This shows the speed at which the advanced economies are moving. Contrast this with what al-Jazeera shows in ignorance and backwardness in Muslim countries and maybe you get a sense of how severe the problems of the region are. If “stability” is a time-buying strategy, then the question I ask is: How do you stop Islamic terrorism, the in-bred of “stability”, planning its next attack as well from a tent as from a cave? Relying on simultaneous support of ruthless rulers to augment one’s disadvantages in fighting terror is similar to passing milk through a funnel to drink it later. Those ruthless rulers were, and still are today, the reason why Islamic extremism is so prevalent.

Israel’s existence, flourishing with success, is essential to our own progress and even survival. If I had the choice to learn from Israel or my Muslim brothers, I would chose Israel because her text books, rich with knowledge and sciences, is what I miss to advance the cause of all Muslims to protest extremism and Morse codified short-term western policies.

Why Do Liberal Muslims See Eye-to-Eye with Israel?