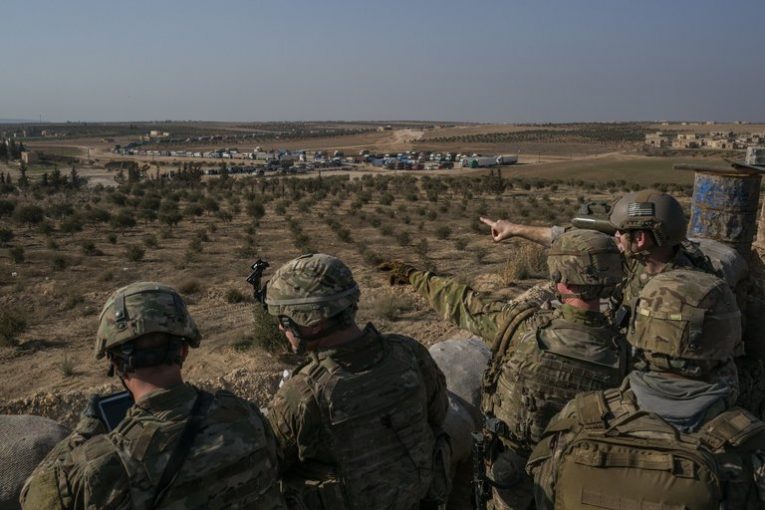 April 30, 2018 8:37 am 0
The Retaliation Against Iran Trump Should Have Ordered
Who Killed Master Sergeant Jonathan Dunbar in Syria?
John McCain Blasts Trump Surrender Summit in Helsinki

U.S-backed Syrian Democratic Forces said they expelled had Syrian troops that briefly took control of a string of villages in oil rich areas east of the Euphrates river near the Iraqi border on Sunday. In their counter-attack, the US attacked Assad forces and may have caused numerous casualties.

SDF forces led by the Kurdish YPG militia said they had waged a counter-attack against Syrian troops it said were backed by Russian forces, adding they were driven “far away” from four villages they had seized earlier in the day.

“Our forces regained the initiative,” they said in a statement.

Washington has a strong military presence in the area in eastern Syria which holds the bulk of the country’s oil and gas reserves, according to regional diplomatic sources.

A U.S. army statement sent to Reuters confirmed the attack on SDF forces by what it called pro-regime forces near Deir al-Zor city.

The coalition remains committed to our SDF partners in the campaign to defeat Daesh (Islamic State) in eastern Syria.

A source in the SDF also confirmed coalition forces had intervened. This is not the first time the US attacked Assad forces.

Earlier, the Syrian army said it had captured a string of villages east of the Euphrates near the border with Iraq held by Kurdish-led forces, state television said. It gave no explanation for the move.

The U.S.-backed proxy forces spearheaded by the YPG since last year control much of the territory east of the Euphrates in Deir al-Zor province as part of a major aerial and ground campaign led by the Pentagon that drove Islamic State terrorists from eastern Syria and their former de facto capital Raqqa.

The Russian-backed Syrian army has rarely clashed with SDF forces in its campaign against Islamic State and had kept away from their areas east of the Euphrates, focusing on regaining territory from the terrorists west of the river.

There have been elaborate “deconfliction lines” separating the coalition forces on the eastern side of the river from the Russian and Iranian backed forces on the western side to prevent clashes, U.S army officials and defense analysts say.

In February, U.S. airstrikes killed and wounded hundreds of pro-government forces including Russian mercenaries advancing near the eastern city of Deir al-Zor towards one of the largest gas fields in the hands of U.S.-backed forces.

Before the announcement that the Syrian army had taken control of the villages, the SDF said they were engaged in heavy clashes with Syrian army troops on the outskirts of the village of Janin near the Euphrates.

They accused Syrian authorities of seeking to disrupt preparations by the U.S.-led coalition to resume an imminent offensive against Islamic State in several pockets of territory along the middle Euphrates River Valley that they still control.

U.S. officials have said that in recent days they have seen SDF fighters returning to the area of the Euphrates where the terrorists operate to relaunch new operations against them.

The Kurdish-led militia has blamed a Turkish offensive in Afrin against it for diverting efforts away from the fight against the militants.

Reuters contributed to this statement.