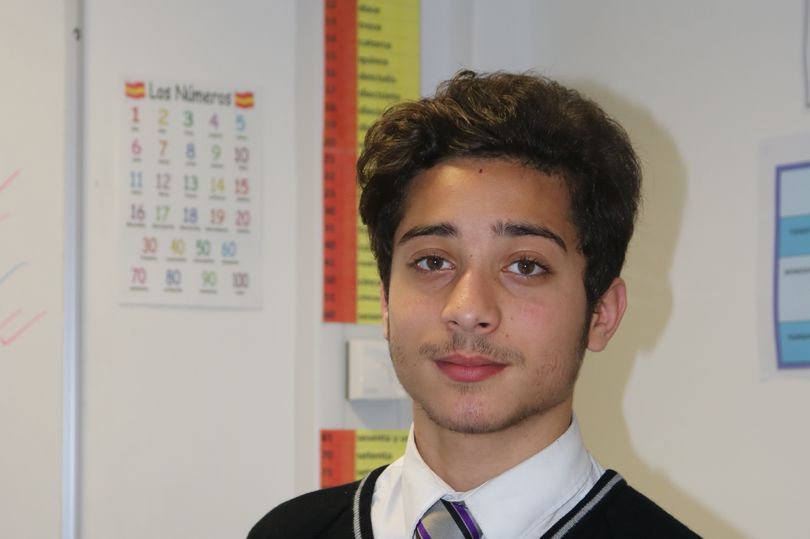 Syrian Refugees Trump Does Not Want You to Know About

November 21, 2017 2:44 pm 0
It Took US Congress Almost 10 Years to Come After Assad
The American House of Brittle Glass
Now That Trump Ceded Syria to Putin, Assad Killing Machine of Civilians is on Steroids

Below is a story, published by the Nottingham Post, of a Syrian student refugee who fled Syria and the brutal Assad regime with his parents to settle in Nottingham, England. These are the Syrian refugees Trump does not want you to know about.

You can multiply this story o f Syrian refugees Trump is not welcoming by a thousand or maybe ten thousands among the one million plus refugees who fled Syria to Europe (Only 12,000 Syrian refugees have settled in the US). They are hopeful, successful, productive, and yes non-violent, which is contrary to how they have been portrayed in some alt-right hateful media.

Get to know the Syrian people.

A 15-year-old Syrian refugee who started at a Nottingham school less than a year ago has been nominated for an award after beating the odds and showing ‘exceptional’ progress.

Rashid Alakkari, who now lives in Mapperley, moved to the UK in September 2016 after fleeing from the devastation of the Syrian Civil War with his family, where some of his teachers were killed.

He started at Nottingham Academy Ransom Road Campus in April 2017 and, as a native Arabic speaker, he has had to learn English to take part in lessons.

Despite being top of his class back in Syria, he had to begin in lower ability classes with students a year younger than him, but in a short space of time has moved to one of the top tiers of year 11 through his hard work and growing confidence.

He, along with two other pupils from the school, has been nominated in the Beating the Odds category of Nottingham Post’s education awards.

The “inspirational” pupil said: “When I came here I couldn’t speak English, but I decided to work hard. I want to have a nice future and give back to people because I like to help.

“I want to continue to work, to be a good role model and to be a benefit to the school community. My plans for the future are to do well in my GCSEs, to go to Sixth Form and to eventually become a dentist.

“Back in Syria my education was not good because some of my teachers had been killed in the conflict. We came to the UK because we heard the schools were good. Since I arrived it has been what I hoped for.

“I feel very happy that I have been nominated for this award, I am so happy to be here in the Academy and I want to make my teachers proud of me.”

The school’s principal Henry Kulaya said: “Rashid is an inspirational young man; his determination to succeed is driven by his aspiration not just to succeed in work but to become a respectable, responsible adult.

“It is a joy to have him at Nottingham Academy, his warmth and maturity around staff and students make him a pleasure to teach.

“His sheer hard work and commitment to learning has seen him propel to where he is now, doing well in year 11 and set for great GCSE results.

“He is an exceptional role model and we are very proud that he has received this nomination.”

Syrian Refugees Trump Does Not Want You to Know About