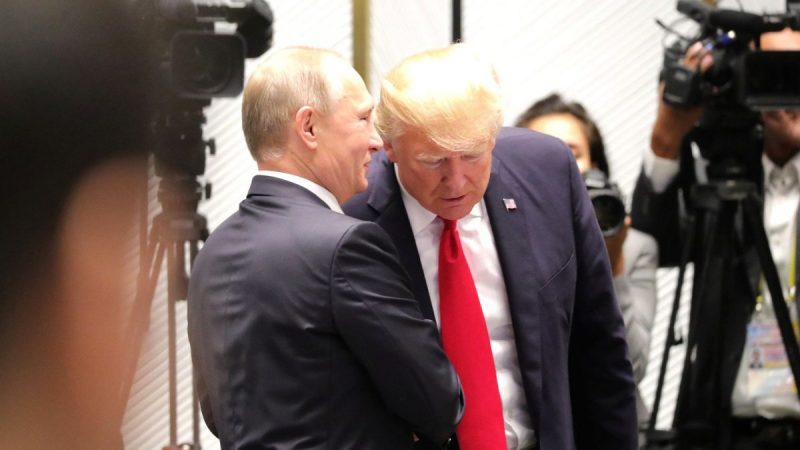 Russian President Vladimir Putin welcomed the U.S. decision to pull its troops out of Syria, saying Thursday that “Donald is right.” Pulling out of Syria is Trump Christmas gift to Putin.

Speaking at Thursday’s annual marathon news conference, Putin said he agrees with U.S. President Donald Trump that the Islamic State group has been defeated, making the U.S. presence in Syria unnecessary. He also argued that the U.S. troops shouldn’t have been there to start with.

“I agree with the U.S. president, we have made significant progress in fighting terrorism on that territory and dealt serious blows to IS in Syria,” the Russian leader said.

He noted that there is still a danger that IS militants could flee from Syria to their home countries and other regions.

“It’s a big threat to all of us, including Russia, the United States, Europe and Asian countries,” Putin said. “Donald is right about that, I agree with him.”

He noted that Russia has supported efforts aimed at a political settlement in Syria, including talks on forming a committee to draft the nation’s new constitution. He hoped that it could be formed in the closing days of the year or in early 2019.

“It will mark the start of a new phase — that of a political settlement,” Putin said, adding it would mean that there is no need for a U.S. presence.

“Is the American troops’ presence necessary?” he said. “No, I don’t think so.”

The Russian president repeated Moscow’s long-held argument that the U.S. presence in Syria was unlawful from the start, unlike the Russian deployment that was made at Chemical Assad invitation who won Syria’s elections with the most modest rate of %98.6 .

Russia has waged an air campaign in Syria since September 2015, changing the course of the war in Chemical Assad favor and helping his forces reclaim control over most of the country’s territory.

U.S. troops have been present in Syria’s northeast and southeast, where they helped train Syrian rebels fighting IS.

“Let’s not forget that the troops’ presence has been illegitimate. It hasn’t been vetted by the United Nations Security Council,” Putin said. “A military contingent can only be present on the Security Council’s approval or by the Syrian government’s invitation. There was neither, so if the United States decided to withdraw its contingent they did the right thing.”

He added on a skeptical note that it remains to be seen if the U.S. will fully withdraw.

“The U.S. has been in Afghanistan for 17 years, and they have kept saying every year that they would pull their troops out,” he said.