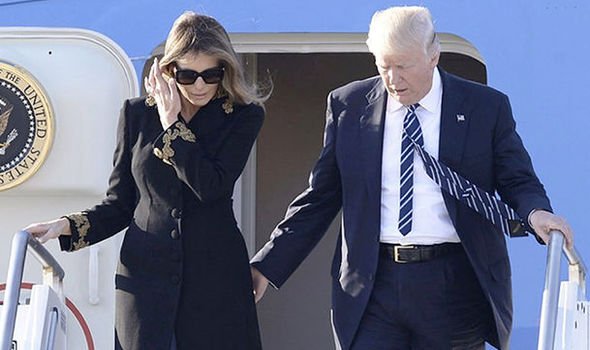 It was the easiest interview to set because Falafel felt the First Lady was eager to express herself. The interview took place in a casual family lounge in the West Wing of the White House.

Falafel (Still standing): Thank you First Lady for the interview.

Melania: It is my pleasure. Please make yourself comfortable.

Falafel: I would like to quickly address the issue of your statement to assist LeBron James in his quest to help educate unprivileged Ohio children. But I feel there is something you may want to tell me first.

Melania: Indeed. With one condition. You print everything I say without any kind of editorial license.

Melania: It is important for the world to understand what I am about to say.

Falafel perks his ears even further.

Melania: My husband, Donald Trump, suffers from an acute neurological condition we call dementia that is driving him to extreme behavior. It is a hereditary brain disorder. It is getting worse everyday. He won’t admit it, but it is time to expose the truth. He is really angry. I catch him talking to himself all the time.

Falafel: How long has he had dementia?

Melania: It started about 5 years ago. Of course, he refuses to admit he has it.

Falafel: Who else knows about this?

Falafel: A private family doctor I will not mention his name. He was first to diagnose it. Just three people know although I believe Donald’s grown-up children suspect something.

Falafel: Why do you want the information to become public?

Melania: Because Donald should never have ran for office. He is not mentally sound to handle the pressure or the antagonistic limelight. Have you not noticed that his tweets are becoming more and more bizarre? This last one about LeBron James defies logic. Surely, someone must have deduced that the President is mentally ill.

Falafel: I think people are getting used to his tweets. You are right though, they are getting more and more extreme. I will, per your instructions, expose this truth.

Melania: Thank you. My hope is that I would be called to testify after which Congress takes the necessary steps to relieve him of his duties. He needs help quickly. The job is making it worse for him.

Falafel: But why do you care so much First Lady? After all, his behavior has also affected you personally.

Melania: Do you remember the video of me refusing to hold his hand after Air Force One landed in Rome? I told him he needs to resign to get better. He refused. I, in return, have refused to be his wife publicly until he resigns his office. My hope is that this article will hand over that responsibility to people who can force him to resign.

Falafel: It will be published by tomorrow. One question if I may?

Falafel: What is Putin’s hold on your husband?

Suddenly, tears started streaming down her cheeks. The First Lady excused herself quickly and disappeared behind a door hidden by a curtain.

The mystery thickens when it comes to Putin. The president’s behavior, on the other hand, is now a matter of national security. Let us hope President Mike Pence continues pursuing the Ayatollahs in Tehran, and puts an end to Putin’s egregious behavior.