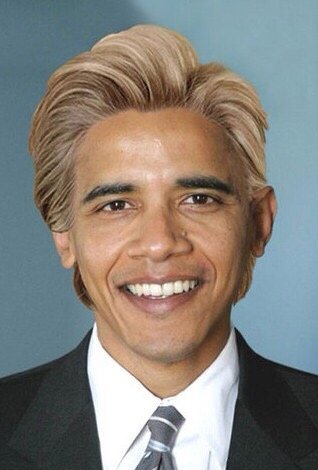 On Middle East, Donald Trump is a White Barack Obama

Forward one year past Obama, and Donald Trump looks like a White Barack Obama in disguise.

During the Obama presidency, America abandoned the Middle East to Russia and Iran. Iran because of Obama’s horrific Iran Deal and Russia because Obama was intimidated by Putin. Forward one year past the Obama era of fear and appeasement and Donald Trump looks more and more like a White Barack Obama in disguise.

Unlike Obama who feared Putin though, Trump admires the thug so much he just ceded Syria to his regime of terror. Maybe it has to do with the Russian oligarchs investing $100m in Trump’s properties in Florida. If so, the “Art of the Deal” looks more like the “Art of the Dumb Deal” because Syria is a strategic country bordering two unabandonable American strategic allies in Jordan and Israel. Syria also provides Russia with the only warm water port facility Putin needs to further his interests at the expense of ours.

When a U.S. president criticizes his own cabinet and every American politician including those he needs for their votes to implement his legislative agenda, but then heaps praise after praise (80 times in one year) on our staunch enemy Vladimir Putin, using the word ‘dumb’ to describe the actions of Donald Trump is more than appropriate.

Like his predecessor abandoning the Ukraine and Syria to Putin, the Donald is on a mission to save Obama’s legacy. He is but a White Barack Obama when it comes to the Middle East. Maybe this is the reason why hundreds of holdovers political positions remain in the hands of Obama’s appointees.

On Iran, Trump made lots of noise, but at the end, he succumbed to the Iran Deal in its entirety even though he publicly chided its purpose. Like his predecessor, Donald Trump has yet to show us his policy on Iran is any different, which can be summarized as a total surrender to the terror of the Mullahs. The occasional bravado speeches, empty threats, and toothless sanctions are not a policy.

Furthermore, Iran’s adaptability in the face of sanctions through circumvention and deceit are well documented.

Even though Iran is preparing Syria to be another launching pad for its war against Israel and Saudi Arabia, Trump, supported by three senior staffs in Mattis, McMaster, and Tillerson, is at all costs avoiding any confrontation with Iran that would limit Iranian expansionism in an area that is vital to our strategic interests. In the meantime, Iran, using time to its advantages, is planting deep roots in the Arab world. Roots that will spread terror, ethnic cleansing, and mayhem for the twelfth Mahdi to appear.

While our policy against the terror of ISIS has been clear from the beginning, when it comes to Iran, the regime behind proxy and organized terror, our president has yet to demonstrate true leadership. It is highly likely that Putin’s influence may be behind this timidity. It is possible that Putin told Trump to leave Iran to him, and Trump obliged him, as if Putin has the best of intentions for America.

As the Middle East burns slowly, beneath the ashes one can find explosive matters Trump is ignoring at the expense of our interests. Matters such as the ethnic cleansing Iran is perpetrating against Arabs and the building of a huge short and long range missile arsenal in Syria that could reach Saudi Arabia and Israel.

Just like Barack bent to Khamenei’s will, Trump is bending to Putin’s will. The Trump is but a White Barack Obama when it comes to the Middle East.