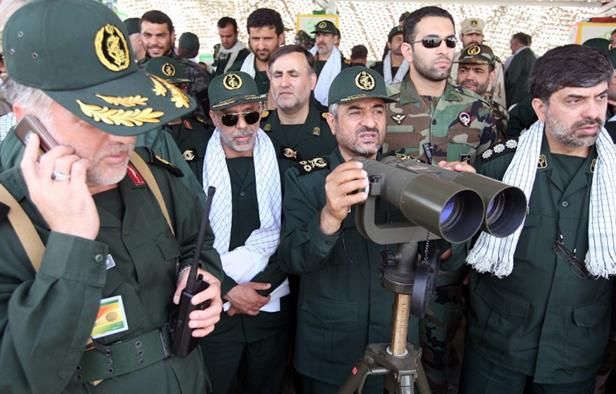 As-Safir reported that “the mobilization in northern Syria is unprecedented.”

BEIRUT – A top pro-Assad daily in Lebanon has reported that Iran has deployed troops into northwest Syria in preparation for a counterattack in Idlib.

As-Safir mentioned Iranian Revolutionary Guards (IRGC) Quds Force commander Qassem Soleimani’s visit to the area, saying that the famed general was “accompanied by units that took part in fighting in Iraq, and in the recapturing of [the country’s] Salaheddine [province].”

According to As-Safir, “the mobilization in northern Syria is unprecedented [with regard to] Iranian and Iraqi presence in Syria since the outbreak of the war on [the country] four years ago.”

“A mobilization of this size registers as a break from the undeclared Iranian-Turkish understanding, that direct and exposed confrontation between the two countries in Syria is to be avoided.”

The pro-Syrian daily also cited Arab sources as saying that “the Iranians, who hesitated after the fall of Idlib, in preparing for a counterattack, and underestimated Turkey’s plans in northern Syria, now see the Syrian front as a priority, in the open confrontation from Iraq to [the Lebanese-Syrian] Qalamoun [border region] and Yemen.”

The report in As-Safir comes just days after Soleimani’s surprise visit to the Jourin front, after which the Qods Force commander vowed that upcoming developments in Syria would soon “surprise” the world, Al-Quds al-Arabi reported.

“The world will be surprised by what we and the Syrian military leadership are preparing for the coming days,” the state Islamic Republic of Iran Broadcasting (IRIB) quoted Soleimani as saying.

A number of pro-regime outlets reported on Soleimani’s trip over the weekend, including pro-Hezbollah Mulhak news, which said the Iranian military commander met with the Syrian army’s chief of staff as well as top field commanders and Hezbollah officials during his secret visit.

“An agreement was reached [during the meetings] that will be translated on the [battlefield],” the outlet claimed.

Meanwhile, a defected National Defense Force militiaman told Al-Quds al-Arabi that Soleimani’s trip aimed to formalize the “entry of Iranian officers to supervise and aid the battles in coastal Syria for the first time since the outbreak of Syrian uprising.”

“Prior aid was limited to only logistical aid,” the unnamed source said.

Soleimani’s promise of upcoming surprises was made as an influential Iranian militant group thought to be close to the country’s rulers has called for tens of thousands of infantrymen to be sent to Syria, according to a report by Saudi-owned news channel Al-Arabiya.

Loading...
Newer Post
When the U.S. Will Intervene in the Gulf, and Other Notes From the Camp David Summit
Older Post
Saudi Arabia Must Deliver Stinger Missiles to Trusted Rebels