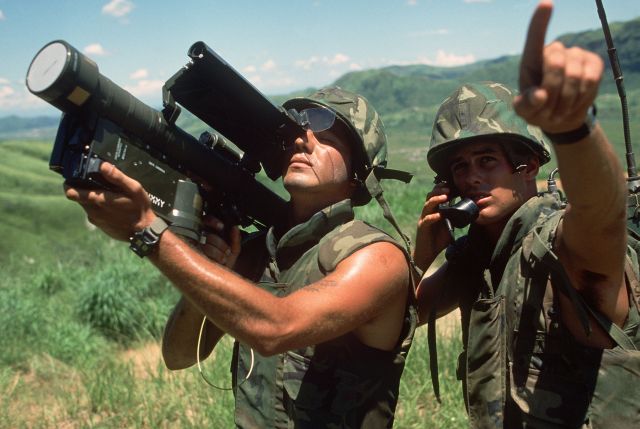 At least 37 people, including eight children, were killed in government barrel bomb attacks in northern Syria on Wednesday, activists on the ground said. The deaths came in two incidents, in Aleppo province in the north of the country and Idlib province in the northwest.

Saudi Arabia must deliver Stinger missiles to small and trusted elements in the rebels to stop this carnage. The longer we delay this reality, the more confident the Assad regime gets.

In the rebel-held eastern neighborhood of Jubb al-Qubbeh in Aleppo city, 11 civilians died, among them two children, when a barrel bomb exploded.

The tolls in both incidents were expected to rise because of the number of people seriously wounded. If the rebels have Stinger missiles the way they have TOW’s to stop Assad tanks, it would neutralize Assad’s air superiority he is using to help ISIS.

On Wednesday, the New York-based group said it had led an investigation into three attacks in Idlib province, which killed two people and affected 127 others, and that deadly chlorine was probably used in some, if not all of them.

“The Syrian government has used barrel bombs with toxic chemicals for more than a year while the (U.N.) Security Council has failed to act,” said Philippe Bolopion, HRW’s U.N. and crisis advocacy director.

Stinger missiles in the rebel hands will help stop ISIS.

Concerns over these weapons falling in the hands of extremists they can use then against commercial flights can be mitigated by properly vetting the rebels using them. Their tactical mobility on the ground in addition to other factors such as munition control would also play a role in mitigating those risks.

Saudi Arabia must deliver Stinger missiles to trusted rebels to curb Assad’s terror and the rise of ISIS.

Regime barrel bombs are crude weapons made of containers packed with explosives and which Assad has used to often strike schools, hospitals and markets in Syria.

Rights groups criticize them as indiscriminate, saying they kill a disproportionate number of civilians.

Assad has denied that his forces use the weapons, but evidence collected by activists and rights groups includes footage of the barrels being pushed from army helicopters.

More than 300,000 people have been killed in Syria since the conflict began in March 2011 with anti-government demonstrations that were met with a regime crackdown.