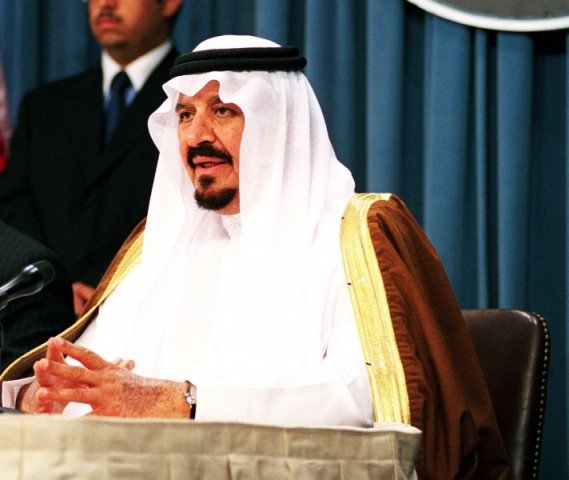 The alSaud that you don’t know

June 9, 2014 6:22 pm 0
The Muslim Arab Middle East in Technicolor
Why Muslim Leaders are So Corrupt
While Syrians are Massacred, the Arab League Waves a Finger

Here are the alSaud that you don’t know.

For those who know the alSaud family Modus Operandi know well how consistent they have been with their friendship and loyalties, especially towards the United States; very few people know, though, how fiercely combative they could be when facing danger. Today’s Iran, any way you slice it, brings the combative al-Saud to the surface.

The divide between Saudi Arabia and Iran is historical, strategic, ethnic, sectarian, and ideological. The commonality between both countries is as blatant as Putin hugging a Muslim.

For one, Iran, under the Ayatollahs, is a regime that nurtures, feeds, protects, and diffuses terror like no other country has ever practiced in modern history. Terror, to Iran, is a principal tool of its foreign policy dispensed with total ease and moral justification.

Saudi Arabia, under al-Saud, not only has never supported terror, but the Kingdom combats it with the same fervor, regardless of its origins, as the United States does. To alSaud, terror is a source of destabilization the leadership assails with resolve. To Iran, terror is a destabilizing force the leadership welcomes with open arms.

Iran finances, arms, and empowers terror proxies in the Assad regime of Syria and Hezbollah in Lebanon, and elsewhere.

Saudi Arabia has no such proxy anywhere. This is the alSaud that you don’t know

Iran dispatches its own armed forces to butcher Syrian women and children and orders Hezbollah to kill any Lebanese politicians that opposes Assad.

Saudi Arabia has never dispatched its own forces anywhere to join a civil war on one side or another, or kill, with car bombs, politicians it does not agree with.

Iran, on the other hand, funds a cowardly regime that tortures children and gasses women, AQ elements it needs to highlight the alternative Assad, and terrorists it recruits from Afghanistan to do its bidding.

Meanwhile, in the US, President Obama, surrounded by Lilliputian advisors, has decided to bed with the terrorists and abandon US allies like Saudi Arabia and Israel. Any wonder his foreign policy is a series of failures.

Those 30 something miniature Kissingers in his administration forgot to tell him that a rapprochement between Saudi Arabia and Iran is like mixing oil and water. When Prince Saud al-Faisal became Saudi foreign minister in 1975, Ben Rhodes was not born yet and it shows in every foreign policy decision this White House takes.

Ever since the killing of Osama bin laden, this US Administration has tanked when it comes to successful foreign policy initiatives. This is a drought of over 3 years of one bad decision after another.

Between a failed “red line” on Syria, a failed support of Syria’s moderate opposition, a failed Palestinian-Israeli bad timing peace hankering, a failed “reset” button with an adventurous Putin, and a failed China control mechanism, President Obama is sweating bullets in his attempts to achieve something meaningful. He has big plans for big walls in his future library with no stories to tell and lots of challengeable spin.

History, in the post-spin era of this White House, will not be kind to our 44th President. His style of twisted exuberance of the truth will certainly find a warmer home in his future library than it could ever find in our hearts. Americans have entered this fatigue spin cycle that is testing their limits for tolerance, and we will certainly know how fatigued they are come this November.

In summary, anyone who thinks Saudi Arabia is going to permit Iran to steer the region, just because Mr. Obama is seeking a farcical accord, is clueless about the alSaud we know.

In Egypt, they have already pulled the rug from under Mr. Obama, Mr. Erdogan, and Ayatollah Khamenei combined and intend to finish the job in Tehran. Something Mr. Obama seems to deny them.

The alSaud that you don’t know

While Syrians are Massacred, the Arab League Waves a Finger
Why moderate Muslims should NOT speak out
Why worry when Assad and Abdullah agree?
Support U.S. Allies 152