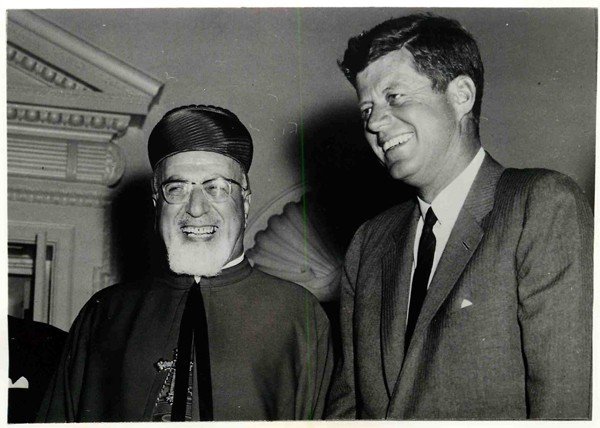 On February 21, 2007, the Lebanese leader Mr. Walid Jumblat addressed an event at AEI with Danielle Pletka. After an excellent presentation by both, there were some time for Q&A.

Jumblatt was pushing for support of the Syrian Coalition, which was formed by the Muslim Brotherhood as an alternative to the Reform Party of Syria (RPS) and the Syrian Democratic Council (SDC) I was part of.

My question to Jumblatt was ?Why are you supporting the Muslim Brotherhood??, which seemed to irk him. Pletka was also uncomfortable with the question but I think more because I challenged her guest than for the question itself. This exchange is in the public records.

That evening, Jumblatt was invited to a private dinner at a home of a good friend (A Lebanese Maronite Christian), and even though our opposition had a strong support in the US Administration, no members of SDC was invited to this private dinner/meeting. My sense is it was mostly due to Jumblatt supporting the ?other? opposition. Of course, challenging him in public with a poignant, finger-pointing question did not help.

My good Lebanese Christian friend may have been pressured by Jumblatt to ignore the Syrian Democratic Council. I do not know, nor do I blame him for that decision. In fact, I admire his courage because sometimes we have to choose our wars. Choosing timely sides is part of a political calculation we all have to make. Many in the Christian community in Lebanon trust Jumblatt and he is worthy of that trust when it comes to Lebanese affairs.

I cannot say the same for Jumblatt, and here is why.

Mr. Jumblatt repeated his mistake few months later at the Washington Institute for Near East Policy with a much larger and highly influential crowd many of whom feared the Muslim Brotherhood and many of whom had great influence over US policy. For Mr. Jumblatt to think his word will sway US foreign policy on matters some believe are existential show how disconnected Lebanese politicians could be from the reality of Washington.

Looking back on these days, one could only imagine how matters could have been different had there been better-informed politicians leading Lebanon.

Maybe we could have saved the lives of 160,000 Syrians and prevented the exodus of some 9 million refugees. We will never know except to say that the Syrian opposition, as a whole, missed its golden opportunity to remove Assad when President George Bush may have been the only US President to ever be quite serious about that notion.

So did Jumblatt miss it the moment he sided with the Islamists of Syria.