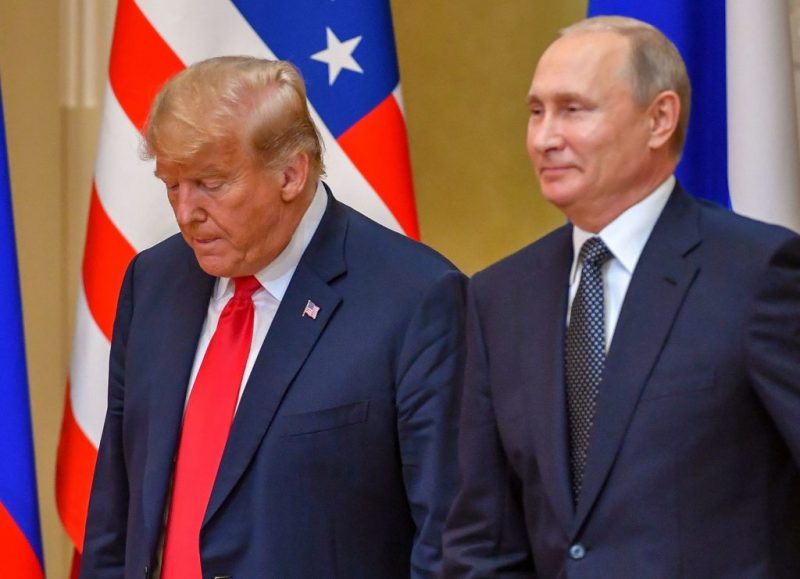 If you cannot find an explanation why our President is so enamored with Putin, defending him often over our institutions, and keeping his conversations with the ex-KGB officer totally secret, then you must consider that Putin compromised Trump using sex video with an underage girl the FSB arranged skillfully during Trump’s stay in Moscow.

TRUMP PARTIED IN MOSCOW IN 2013

Why would Trump tell ex-FBI Director Comey he did not stay overnight in Moscow in 2013 when, according to Bloomberg, he actually stayed two nights to party? Such a mundane thing to lie about. Except if you are trying to hide the reasons for your compromise, which enabled you to become a Putin asset.

If there is anything that could strip Trump of his legitimacy as a human being, strip him of his wealth, and support by his die-hard supporters, such revelation would. Even his own family would turn on him if they had any decency in their DNA. Nothing can bring a President to a zero level approval rating. A video with Trump having sex with an underage girl can.

We believe a sex video with an underage girl Putin set for Trump is the only logical explanation for Trump’s behavior today. To include trying to block the Russian probe into his campaign and his presidency.

Think about this fact. Trump’s son-in-law Jared Kushner is a devout conservative Jew. Trump’s support for Israel prompted him to move our Embassy to Jerusalem. Yet, Trump abandoned Syria to Putin and indirectly to Iran, which represents a direct threat to Israel. Imagine a scale where Israel sits on one side, and Trump’s personal interests sit on the other. Now you get the picture. The notion that Trump had sex with an underage girl is not so far fetched, which Putin is using to blackmail him. One would not believe such if any other President was involved. But with Trump reckless personality, it is almost a certainty explaining his mysterious behavior.

No one can verify the voracity of our accusation for sure except Vladimir Putin. Our top political leaders suspect it, so does our intelligence community so familiar with KGB MO. But none would utter such an accusation publicly because it is so hard to prove. Putin knows that. This is why this method of compromising prominent adversaries is the most perfect asset recruitment tool. It provides the Russians with the perfect chokehold on any western figure with immense powers.

There is a good reason why KGB-trained Vladimir Putin heads Russia today. No one handed him the country on a silver platter. Putin compromised Trump using sex video with an underage girl.

TRUMP SURROUNDED HIMSELF WITH RUSSIA

How could someone not suspect something is wrong with this picture? Most of these peoples played important roles in the campaign and later as officials in the White House. Any doubt Putin compromised Trump using sex video with an underage girl to blackmail him?

A warning for future leaders. Never visit Moscow or any country aligned with Moscow because the chances are high Putin and his allies will spring a net around your neck to blackmail you later.

Trump Christmas Gift to Putin
John McCain Blasts Trump Surrender Summit in Helsinki
Look What Putin is Doing to Britain – How Could We Not Choke His Economy?
Irresponsible Donald Trump 163 Opinions 1006 Putin Terror 435