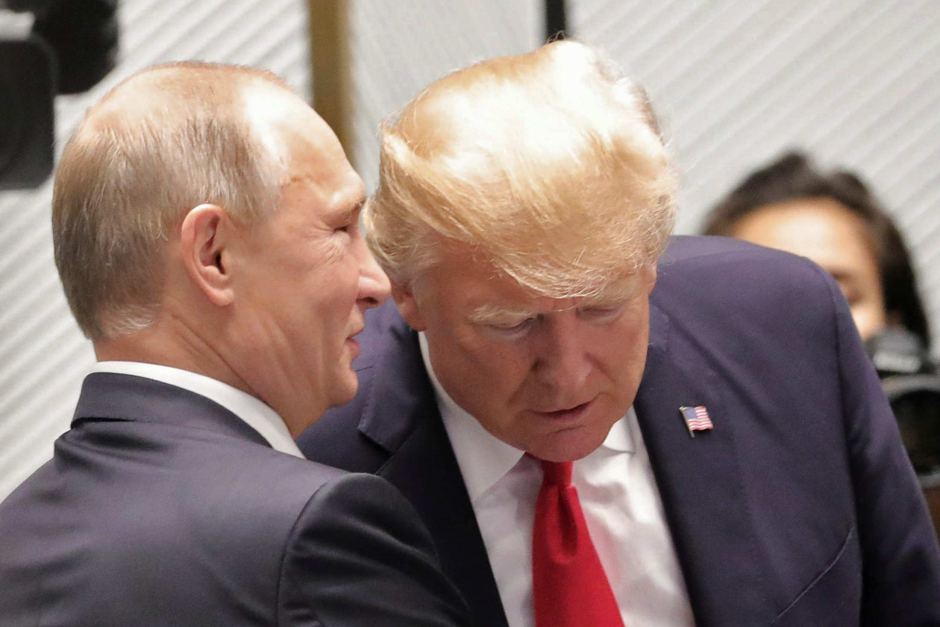 January 14, 2019 7:26 am 0
Next Possible Trump Resignation? Nikki Haley
Barack Trump and Donald Obama
While Trump Praises Putin, The Thug is Preparing Another Attack

On the surface, it might look like a natural move for a President with a Libertarian penchant. However, in case of Syria, withdrawal of U.S. troops seems to help Vladimir Putin the most. In fact, the Syria withdrawal points to Trump working for Putin if anything.

TRUMP BETTER AT DIVIDING AMERICA AND ITS ALLIES THAN PUTIN

The withdrawal decision, which has no impact on the safety of U.S. troops has turned our foreign policy on its head. It has, so far, inflicted divisiveness among multiple allies. It drove Trump to threaten Turkey’s economy, and made Israel nervous as hell. All welcomed signs by Vladimir Putin. It looks like Donald Trump is better at dividing America and its allies than Putin could ever do. This is why Syria withdrawal points to Trump working for Putin.

Add to this component Trump’s refusal to remove Assad from power and you have a full drawn circle of actions all pointing to the President of the United States favoring policies that help the Russians more than the country he presides over.

This should be quite disturbing for any American.

In addition, the Washington Post has written about the FBI investigating whether Trump is actually working for Russia. The Russian intelligence services (GRU) are notorious for compromising people it might need to blackmail; especially if the GRU had plans to encourage Donald Trump to run for president. Something that seems to have been planned ahead of time considering what we uncovered about Putin’s 2016 elections meddling and hacking.

Why would Donald Trump, with all the suspicions surrounding him, make such a dumb move that highlights the endless gifts he keeps sending Putin’s way? Is it because, as the Steele Report claims, the Russians have compromised our President for doing something so illegal it might land him in jail? If not, why does Trump continue to give Russia and Putin the benefits of the doubt? His constant praising of the Russian leader is a strong sign Trump has a secret agenda at play.

If he was not compromised and working for Russia, why would a U.S candidate for President ask a foreign power to hack into his opponent’s email system? Mainly to recover those Hillary Clinton deleted to avoid jail time? No one is that dumb. We all recall that moment captured in the video below:

There is something sinister going on here. Syria withdrawal points to Trump working for Russia because there is a two-year history of pro-Russian statements, acts, and now policies that are contrary to U.S. interests. All of them favor Russian interests. Our U.S troops were doing a stellar job in Syria chasing and killing extremist terrorists; all done with no casualties to concern ourselves with. So, why leave?

Why withdraw if not to help Russia, which repeatedly asked the United States to leave Syria?