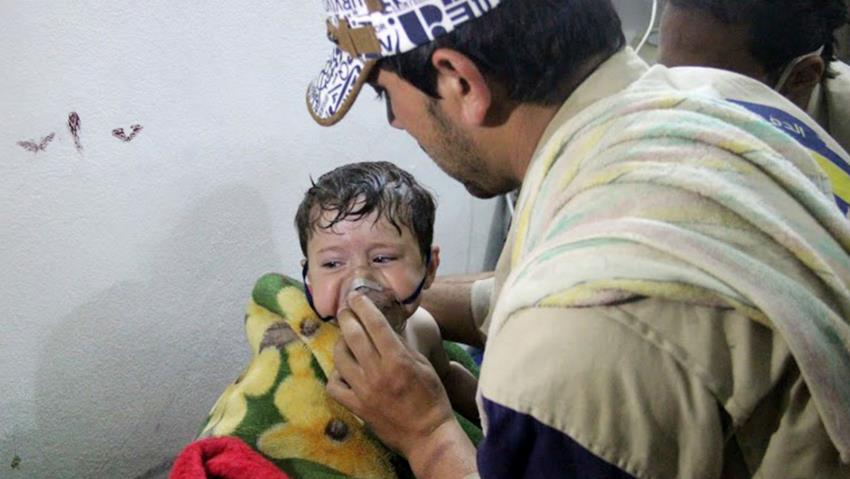 While Assad continues terrorizing Syrian civilians through conventional weapons, stories are emerging tonight that he has used Chlorine Gas against women and children in East Ghouta. In spite of President Trump bombing Assad chemical delivery mechanism back in April of 2017, this Assad Chlorine Gas attack mocks Donald Trump.

6 children, 4 women, and 2 men were reported to be contaminated by a #chlorine attack in Hamorieh in #Ghouta tonight. All victims arrived with moderate symptoms, and no fatality was reported. This is attack number 8 in 2018 and 198 since 2012

As Katoub cites, this was chemical attack number 198 since 2012. Trump responded only once. Wimpy Barack Obama drew a red line; well, never mind about Barack Obama’s now infamous red line. A man with such cowardice in his heart should have never been elected president in the first place.

While this president is busy hiding from the Robert Mueller investigation, Assad is taking advantage of the absence of leadership by gassing his own people repeatedly. Why would he not? He has been using gas against his own people, with impunity, since 2012. If this is not an international green light, then we fail to see the joke.

If I recall, France did threaten to use force if Assad uses gas to attack his people. Not a hiss from the Elysées. French President Macron must be in swim shorts basking in the sun of St. Tropez.

As long as Donald Trump, an admirer of our worst enemies Vladimir Putin, is asleep at the helm, Syrians should expect more gas attacks in the future. Assad knows he will die happy in his sleep, not in some cell at The Hague or hanged by the Syrian people for the atrocities he committed.