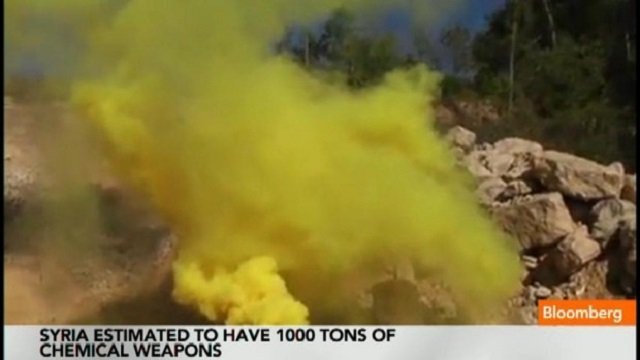 July 8, 2013 10:09 am 0
Loyalist Voices Rising Against Assad in Homs
Russian Troops Geolocated in Aleppo, Hama, and Homs
The Broken Assad Government on Display in Homs

In the aftermath of the last gas attack by the psychopath Assad (Which he accused the rebels to have carried out), Secretary Hillary Clinton struck an agreement with Mr. Putin that essentially imposed on Assad to stop using chemical weapons against his own people in return for the US guarantee not to dispatch any US boots, or NATO’s, on the ground in Syria.

The agreement solved unpredictable and dangerous issues for both parties that served their mutual interests as well as helped the Syrian people, in one aspect of the war, to have a certain peace of mind.

Forward to Homs today where reports are surfacing of another low-level gas attack the West is investigating.

Once again, the West falls for the Assad lies because Western Diplomats believe that an agreement with Assad, or Putin, is a reliable tool worth their efforts.

Why would Assad risk the international outrage once again? Because he is a savage, who believes all Syrian lives are worth less than his own personal well-being.

Why would Putin just turn the other way? Because he is out to show his people President Obama is submitting to the new Russia he created.

Political expediency is paid for with Syrian lives today.

It is insane to believe Syria is void of another leader who is as protective of the minorities while behaving like the worldly Statesman ALL Syrians would wish to honor and respect and the world would prefer to deal with.

It is insane to let Mr. Putin destroy Syria just because Assad fits the perfect image of a dictator the Soviet Union built its own systems around to fight the world.

We also find it immeasurably tragic that Assad’s intentional low-level gassing has turned the West into “WMD sample chasers” as if the West has any doubt about what Assad is capable of doing. The last time Western experts collected and analyzed WMD samples, it took months of wrangling between the US and its allies in Europe over whether Assad deployed the deadly Sarin gas or not.

This is the sad reality facing Syrians dying and the world just shrugging its shoulders as if horrific deaths at the hands of a barbaric is a normal phenomenon to be expected in the 21st century.