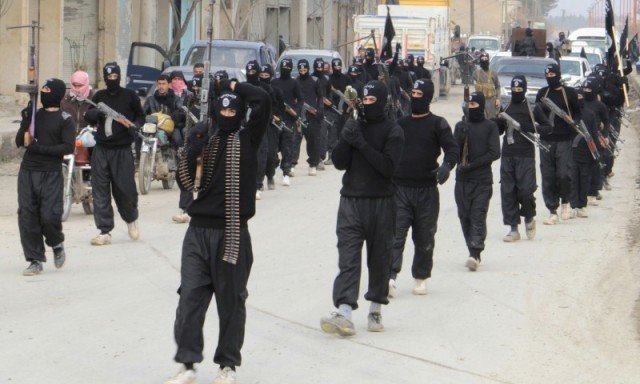 August 16, 2014 9:06 pm 0
The Terror Maestro Meets His Waterloo
The golfer US president needs worry no more
Falling on Deaf Ears

ISIS executed 700 Sheitat tribesmen it was battling in eastern Syria. These tribesmen are Assad?s enemy. As Assad battles the moderate Free Syrian Army and bombs the civilians in Aleppo, ISIS is lending him a hand by battling his foes.

Both Newsweek and the US State Department confirmed that Assad was behind forging and arming ISIS. Every murder and every execution this beast of an organization has committed is serving Assad. We have yet to see ISIS battle Assad directly or Assad attack ISIS. His airplanes drop barrel bombs on the helpless and the weak, not on ISIS.

You would think if we are going to war against ISIS in Iraq that the US Treasury would attempt to designate them as terrorists first.

Assad and Iran manufactured ISIS to help Assad defeat the Syrian people and other extremists the way it has helped Hamas attack Israel. The concept is called war by proxy and no one is better than Iran to apply it.

When the US State Department spilled the beans on ISIS in their press briefings of August 11, 2014, it did it just to deflect from Clinton?s accusation that terror is on the rise in Syria because Obama?s policy inadvertently caused the increase in terror. Self-preservation prompted the US State Department to declare who is the real culprit behind ISIS.

Iran figured if it directs ISIS to attack the Christians in Iraq, the outrage by the international community would cause it to come to their aid and forget about the horrors Assad committed. Sure enough, Obama has committed resources to battle ISIS calling it a ?humanitarian? mission (as opposed to the lack of a humanitarian mission in Syria) and it helped Iran and Assad in diverting the media ink towards ISIS, not Assad.

Hardly any news today discusses the horrors of Assad or the need to prosecute him for his crimes against humanity. All the venom is directed at ISIS, which also serves the Assad regime in the end because eventually once Assad kills all the moderates, he needs to battle the extremists he created.

All you have to do is read all the Op-Eds and news items in the US media about ISIS prowling against the Christians of Iraq to understand how effective the Iranian scheme has been.

Any further questions as to whom ISIS is serving in this conflict? Assad is safe, isn?t he?