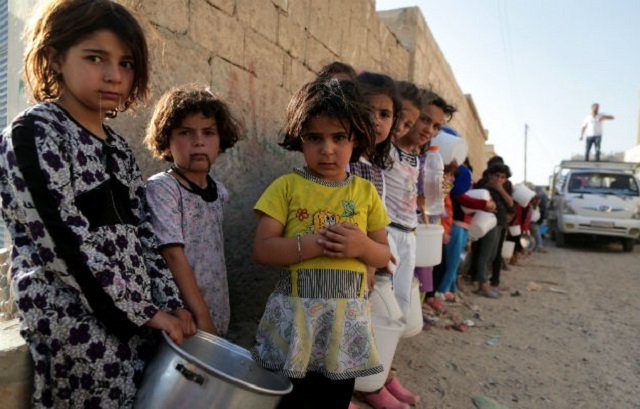 February 6, 2014 8:54 am 0
Obama is But a Charismatic Community Organizer
Plan A, Plan B, or No Plan at All
No, Bashar Al-Assad is no Joseph Stalin

The Geneva 2 talks last week having failed, now the high-level working group on the humanitarian challenges of the Syrian crisis, meeting, in Rome, sets out to stop the suffering being inflicted on Syrian civilians.

Italian Foreign Minister Emma Bonino stressed that helping them is the first priority of all: “The Syrian government has signed all the humanitarian conventions and as much as I do understand the fight against terrorism or extremism, this is not a possible justification for starvation, torture, killings and so on and so forth.”

The Assad forces have consistently denied access for humanitarian aid to get through. Populations are being starved. Enclaves are sealed by Syrian army tanks and snipers. Ten percent of the some 130,000 people killed since the start of the conflict have been children.

A recent report also details other crimes against civilians including the regime’s use of torture.

Civilians have been trapped in cities under siege, where basic supplies can’t be brought to them. Others have been able to flee; but getting out does not mean an end to their troubles.

Rajiv Shah, Administrator for US Agency for International Development, said: “Since this time just last year, there are more than four times as many internally displaced persons and four times as many refugees. Over forty percent of Syria’s population is now in need of humanitarian assistance. So, the scale of this challenge is unprecedented.”

The European Union countries have been criticised by the UN commissioner for refugees, António Guterres. According to the Guardian newspaper, he said: “While countries neighbouring the conflict are being asked to keep their borders open, many Syrians struggle to find protection in Europe, with reports of people being pushed back from a number of borders.Turkey alone has received 10 times the number of Syrian refugees as all EU member states together.”