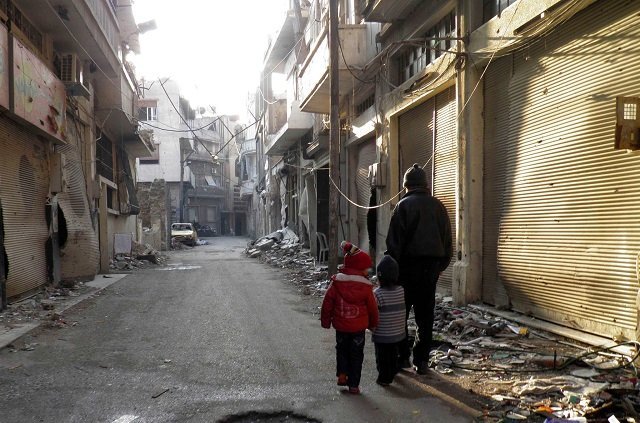 February 7, 2014 6:57 am 0
Barbarism Comes in Words Too, N’est Ce Pas Joshua Landis?
10 reasons why it is now worse
The Deafening Sound of Multilateralism

We all understand that reporters report the news, but editors of the New York Times have made a habit of reporting the Assad propaganda as news. What happened today sheds the best light on this matter.

The Assad regime announced this morning (Damascus time) it is releasing 200 families in Homs. The headline in the NY Times “Syrian City to Receive Aid, Officials Say” leaves no doubt as to the free good press Assad is getting from the western media that easily falls for his ruses.

Past one o’clock in the afternoon Damascus time, when these 200 families heard they can leave the besieged city with their starved women and children, the Assad regime fired on them; possibly killing and injuring many.

To all the news editors at the New York Times that have entrusted themselves with reporting the news, do you mind reporting what Assad claims to do AFTER THE FACT?

By now, you should know better than to report the words of a mass murderer verbatim. Their words is not news. Their words aim to abuse the free press.

Unless you are in business to report the propaganda of a mass murderer and a terrorist.

How dumb is the New York Times?

Syrians Will Not Forget Iraqis Assisting Assad
10 reasons why it is now worse
As Iran Toys with Obama, Assad Spreads His Terror
Syria News 1202 Syrian Revolution 1352