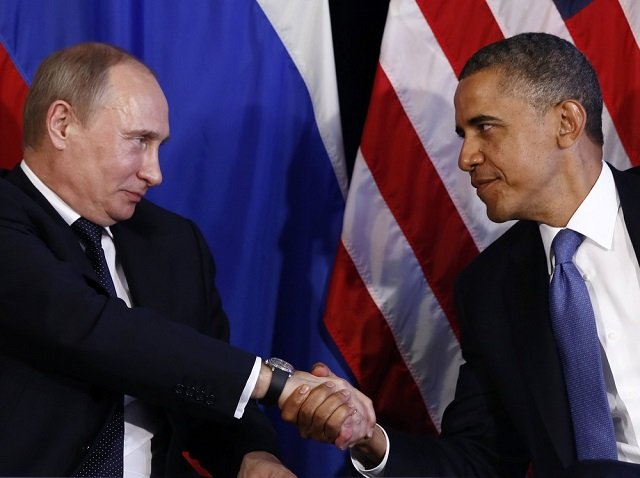 Anyone who believes the Assad regime is about to win this war is a fool. He/she are clueless about how far Sunni countries will go to limit the terror of Iran in the region. If Sunnis lose Syria, they will lose to Iran. While Obama and Putin empower Assad, and by extension Iranian terror, Sunni Muslim countries will continue to empower the rebels.

Fighters are streaming into Syria, as this is written, in larger numbers than ever. Recruits are joining the rebels by entering through the much porous borders between Syria and both Jordan and Turkey. Weapons are pouring, and training camps are springing across many Arab countries in anticipation of a long conflict against Iran at least for the next decade.

The rate at which fighters are arriving to battle the Assad and the Russian war machine has prompted the psychopath Assad to call on the West to seal both the Jordanian and the Turkish borders. Good luck with that as long Assad remains in power and as long as Iran threatens the region with its aggressive dominant policies. Syria is the battleground where Arab and non-Arab Sunni countries have drawn their own red lines against Iranian and Russian aggression. Putin would have to taste the response to his interference and invasion of Syria with coffins wrapped in Russia’s tri-color flag. .

Barack Obama knows that Assad in power with Iran on his side, now far more lethal because of his Iran Deal, threatens Israel. For some who believe that Obama’s legacy rests on appeasement with Iran are missing the larger picture. In reality, Obama believes his legacy would be to weaken America’s allies, especially Israel and to pave the road for its destruction. For Obama, Israel dominated by Iranian terror is the ultimate story ending to his birthright to a Muslim father. Empowering Assad is just a piece move on his chessboard the world is about to grasp more fully in the last year of his term.

So while Assad screams at the top of his lungs, as his soldiers die in larger numbers on the battlefields, for the West to stop fighters from streaming into Syria, Sunni countries in the region are preparing for the worst. The amount of weapons exchanging hands has never been greater in the Middle East. The Sunni-Shiite war taking place in Syria is a bonanza for arms dealers. Who is clueless about the underbelly of this beast? John Kerry who thinks if he can manage to hold peace talks about Syria, he would earn a Nobel Peace Prize.

One US President who wants to destroy Israel, and his Secretary of State who is obsessed with recognition. Both neglecting what the Sunni countries are preparing to make them both look like fools.

The war in Syria will continue until Assad is deposed, or killed for the Arab countries to concentrate on raising an army to defeat ISIS once and for all.