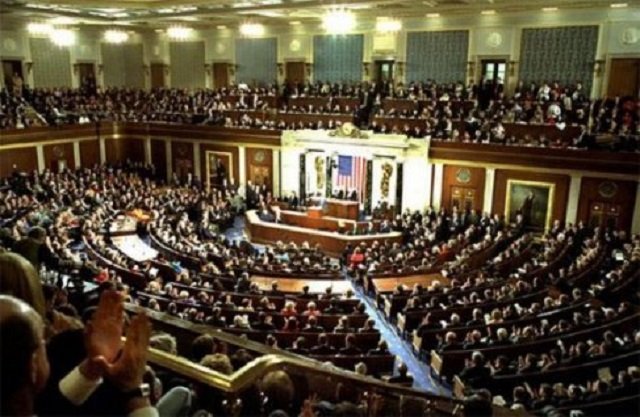 March 18, 2016 10:16 pm 0
An Intelligent Citizen’s Guide to Iran Policy
Sadism on the Streets, Sadism in the Propaganda
Even Democrats are Critical of Obama

The U.S. House of Representatives this week overwhelmingly approved a resolution condemning war crimes and crimes against humanity by the Iran-backed regime of Syrian President Bashar al-Assad and its allies, and calling for the establishment of a war crimes tribunal to investigate these violations.

The non-binding measure, which passed 392-3, denounced a litany of crimes perpetrated by the Assad regime, including having committed “widespread torture andrape, employed starvation as a weapon of war, and massacred civilians, including through the use of chemical weapons, cluster munitions, and barrel bombs;… subjected nearly 1 million civilians to devastating sieges and manipulated the delivery of humanitarian aid for its own gain, thereby weaponizing starvation against populations.” It notably cast blame on the Assad regime, as well as “the Russian Federation, the Islamic Republic of Iran, and Iran’s terrorist proxies including Hezbollah,” for killing the “vast majority” of Syrian civilians who have died in the conflict.

The House also passed another non-binding resolution accusing the Islamic State of committing genocide against Yazidis, Christians, and other religious and ethnic minorities in territories under its control. The resolution further noted that the Assad regime, by engaging in violence against civilians, has “contributed to the growth of ISIL and will continue to do so as long as the conflict continues.” Secretary of State John Kerry, who affirmed on Thursday that ISIS is responsible for committing genocide against minorities, has in the past asserted that the Assad regime is “the principal reason that ISIS exists,” as it is “a magnet for jihadists and foreign fighters from around the world.” Kerry has also described the Assad regime and ISIS as having a “symbiotic relationship,” noting that the former helps finance ISIS by buying oil from it.

The formal recognition of ISIS’s genocidal behavior is unlikely to have a practical impact on U.S. policy in the region.

Tuesday marked five years since the civil war in Syria begun. The conflict has killed at least 250,000 people and displaced millions, according to the United Nations. Obama’s former Special Advisor for transition in Syria, Frederic Hof, and former Secretary of State and current Democratic frontrunner Hillary Clinton have both argued in favor of the establishment of no-fly zones and safe zones to protect Syrian civilians. Their callechoes the position adopted by many Syrian activists, who see no-fly zones as a crucial way to save Syrian lives.

Obama rescue operation of the Assad regime
Mr. Rhodes, there were no wrong sides in early 2011
I don’t get the Jew haters
Slippery Barack Obama 954 Syria News 1073