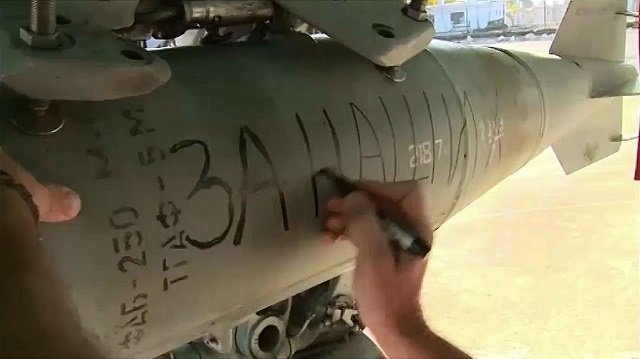 There is No Russian Withdrawal From Syria

Source: War on the Rocks – by Dmitry Gorenburg and Michael Kofman (There is No Russian Withdrawal From Syria)

With characteristic deadpan delivery, Russian President Vladimir Putin announced the sudden withdrawal of Russian forces from Syria earlier this week, declaring their campaign a success.  Before the day was through, Russian aircraft and crews were already departing from Hmeymim air base in Latakia.  Since this announcement, the media has been alight with speculation on the meaning of Russia’s sudden departure, its political and military implications, and the reasons for this seemingly unexpected move.  Much of the discussion has thus far missed the mark.  There is no Russian withdrawal from Syria, but rather a drawdown of the air contingent present in Latakia. Putin simply moved pieces on the board, without altering the equation.

This maneuver is more about political perceptions than military reality. It constitutes a political reframing of Russia’s intervention in order to normalize Moscow’s military presence in Syria, and make it permanent, while convincing Russians at home that the campaign is over. Putin’s statement is yet another successful effort to achieve a domestic and international publicity coup.

The “withdrawal” announcement is not about how Russia leaves, but about how it stays in Syria.  Those who have doubts should watch the actual video of Putin ordering Russian Defense Minister Sergei Shoigu and Russian Foreign Minister Sergei Lavrov to initiate the withdrawal of Russian forces from Syria.  He orders that Russia’s existing bases in Tartus and Hmeymim continue to operate at present levels.  In addition, Russia’s defense minister is to ensure that they are fully defended from land, sea, and air.  The worrisome S-400 long range air defense, along with shorter range systems, will remain in place, a point emphasized in later statement by Vladimir Putin.  Russia’s main military bases will continue operations: with naval cover, a ground contingent for force protection, and an unknown number of troops still on the ground to advise Syrian forces.

Russian sources indicate that Russia is withdrawing Su-25 strike aircraft and Su-34 bombers from Syria; while it is leaving some Su-24 bombers and Mi-24 and Mi-35 attack helicopters, as well as Su-30SM and Su-35 multirole fighters.  It seems likely the number of aircraft present will be reduced by half, close to the original numbers Russia fielded in Syria in October 2015. The remaining aircraft will continue to operate over Syria, and in fact have conductedstrikes in recent days in support of Syrian army efforts to retake Palmyra from the Islamic State in Iraq and the Levant (ISIL).  This means that, according to the Pentagon, they’re focusing on ISIL for the first time.  Russia’s Deputy Defense Minister Nikolai Pankov also stated that Russian aircraft will be striking ISIL and al-Nusra Front, the implication being that combat operations will continue.  Indeed, while some of Russia’s tactical aviation has left, it has been replaced with newly arrived Ka-52 and Mi-28N helicopters.  These more advanced helicopters will provide close support to Syrian forces, and also undergo combat exploitation as part of Russia’s effort to test new weapon systems in field conditions.  Russia’s naval squadron shows no signs of leaving the eastern Mediterranean, though the total number of ships may be decreased since the pace of Russian operations is bound to decline.

In other words, what is happening on the ground is a drawdown of forces that were surged to Syria in the aftermath of the shootdown of a Russian Su-24 by Turkey in November 2015 and the intensified fighting over the winter.  Furthermore, since Russia is keeping control of the Hmeymim airbase and continuing work to expand the Tartus naval base, nothing changes from an infrastructure point of view.  Those investments have already been made, and are not going to be abandoned. The aircraft that are being withdrawn this week can easily be reintroduced should military or political circumstances warrant a ramp up.  Nothing is leaving that cannot come back in a matter of days, and other equipment is likely to arrive in its place.

Putin’s announcement was seemingly a surprise; yet several days before some Russian papers and blogs had suggested that precisely such a turn of events was in the works.  It is unlikely the White House was genuinely surprised by the announcement.  The question is, why declare a withdrawal now?  The down payment on the operation was made in the fall, when the bases at Tartus and Hmeymim were refurbished, and most of the platforms and equipment being used in the operation were shipped to Syria. Keeping it there and maintaining it has never been especially expensive for the Russian military; on the contrary, the operation has provided an invaluable training and equipment testing opportunity.  A reduced presence gives Russia the opportunity to right-size its forces by withdrawing unneeded equipment, replacing it with more useful units, and cutting back on the contingent it has to sustain.

Declaring victory and announcing that Russian forces are going home now is useful for Russia for several reasons. First, as Joshua Landis and other experts have noted, it gives Moscow political leverage with Damascus in the upcoming Geneva talks.  Putin no doubt wants Syrian President Bashar Assad to accept the compromise they reach at the negotiating table, and abandon any ambitions to reconquer all of Syria.  If Syrian forces break the ceasefire, or obstruct negotiations, they cannot know for certain that Russia will support them.  This move will impress upon Assad that he needs to keep Russian equities in mind, and is an important way for Moscow to maintain flexibility on what happens next in Syria, avoiding a policy trap.  In the Middle East above anywhere else, it is better to have choices than commitments.

The domestic audience is perhaps even more important to the Russian leadership than Syria’s future.  Putin has cashed in politically on Russia’s recent military successes before any further complications can occur. By declaring victory and calling an end to the operation, he locks in his gains in both domestic and international public opinion, regardless of what comes out of the ceasefire and tentative peace negotiations.  No doubt this might offer a hike in political approval at home, but that’s just one aspect of Moscow’s play.  Russia’s leader is using this declaration as a means of recasting the military operations in Syria as a “traditional” military presence, thus normalizing it for the domestic audience.  This is no sleight of hand, Putin said it in plain Russian: The military presence moving forward will be considered Russia’s traditional footprint in Syria, not an operation.

Anyone who believes that this withdrawal is a sign of Russian retrenchment due to overextension is likely to be disappointed.  Moscow’s announcement is a means of turning the chapter on the intervention in Syria, but it is not about defining how Russia leaves, but rather about how it stays to secure long term interests.  The change of political reference is a mechanism to ensure both the domestic audience and the international community come onboard and accept Russian military presence in Syria as the new normal.

Dmitry Gorenburg is a senior research scientist in the Strategic Studies division of CNA. Dr. Gorenburg is also the editor of the journals Problems of Post-Communism and Russian Politics and Law and an associate at Harvard University’s Davis Center for Russian and Eurasian Studies. He has previously taught in the Department of Government at Harvard University and served as Executive Director of the American Association for the Advancement of Slavic Studies (AAASS). He blogs on issues related to the Russian military at http://russiamil.wordpress.com.

Michael Kofman is an Analyst at the CNA Corporation and a Fellow at the Wilson Center’s Kennan Institute. Previously he served as Program Manager at National Defense University.

There is No Russian Withdrawal From Syria