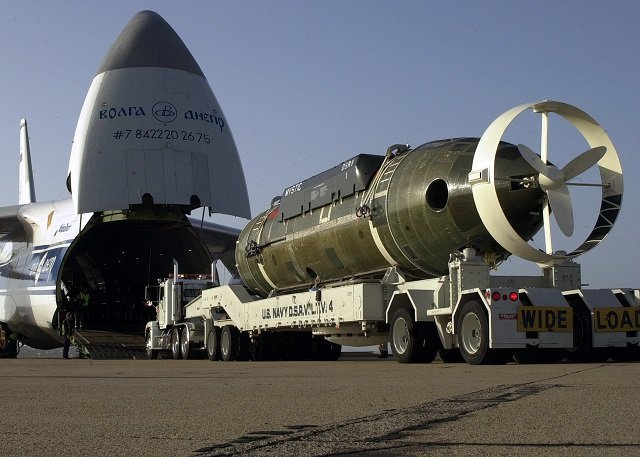 September 9, 2015 7:54 am 0
Putin Faces Military Cuts Even as He Fights in Syria and Ukraine
Fools Are Those Who Believe Kerry’s Plan B Includes a Military Option
Syrian Rebels Struck Russian Military Base Near Latakia

At least three Russian military transport planes have landed in Syria in recent days, U.S. officials said Tuesday, as Washington worries about the sort of assistance Moscow is providing to Damascus.

The aircraft have landed at the airport in Latakia on Syria’s Mediterranean coast over the past several days, U.S. officials told Agence France Presse on condition of anonymity.

Two of the aircraft were giant Antonov-124 Condor planes and a third was a passenger flight, one of the officials said.

These large Russian military build-up in Syria aim at defending Assad after his army, Hezbollah, and IRGC failed to do so.

The Russians have installed modular housing units — enough for “hundreds” of people — at the airport, as well as portable air traffic control equipment, the official noted.

“All of this seems to be suggesting that Russia is planning to do some sort of forward air-operating hub out of this airfield,” the official said.

Washington has expressed concern following reports suggesting Moscow may be boosting military support to Syrian President Bashar Assad and had sent a military advance team to the war-torn country.

“Our concern would be that any effort to bolster the Assad regime right now would potentially be destabilizing,” Pentagon press secretary Peter Cook said Tuesday.

However, in spite of U.S. concerns, large Russian military build-up continues in Syria.

Syria has denied reports of increased military activity by Russian troops on its soil.

U.S. Secretary of State John Kerry called his Russian counterpart Sergei Lavrov over the weekend to warn of the dangers of stoking a conflict which has already cost nearly 250,000 lives.

Russia rejects the charge, insisting that any deliveries are in keeping with its traditional links to long-time ally Assad.