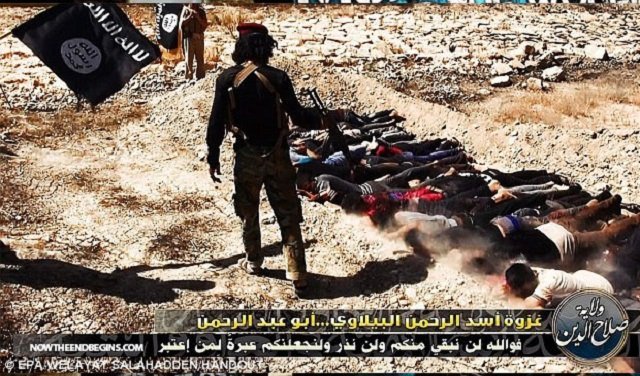 The Hungarian TV reporter who was filmed tripping and kicking Syrian refugees knew she was filmed. She knew that her actions were being taped, yet she saw herself as not a refugee hater but more as a Muslim hater. People do not realize that she may be already a hero in many European circles.

Her deeds are a reflection of the societal ills of Muslim nations. On the surface, what she did was wrong because everyone saw in her action the hate for helpless Syrian refugees, which would anger anyone. Indeed, what Petra Lazlo was doing was tripping comatose Muslims.

We all judged her harshly because we all misunderstood the perception European societies have of an Islam that is often violent, unforgiving, and barbaric in every sense of the world. Lazlo, in her own mind, was kicking Islam.

Of course, Islam does not reflect those perceptions. Of 1.5 Billion Muslims on earth, maybe some 1.5 million are controlling the destiny of the majority with their violent streak, and another 20 million or so who are quite extremists or who are about ready to trip into the terror abyss (Totally unscientific numbers based on experience). We are shocked by Lazlo because comatose Muslims are clueless about how their religion is being perceived by most of Europe.

What do we Muslims expect in return when we behead innocent Americans or kill infidels. When was the last time you read a Fatwa or saw a movie that attacks the extremists? There are more Muslims attacking Islamophobia than there are Muslims battling the extremists. Comatose Muslims are surprised by what journalist Lazlo did.

Even if Muslims have grievances against the West, the way to resolve those grievances is through peaceful dialogue, not violence. Had we learned nothing from Mandela of South Africa and the civil liberty movement of Dr. Martin Luther King? Both succeeded in attaining their goals through peaceful activism.

The West does not understand the language of violence. Petra Lazlo, a civilian journalist, is proof of that. The West, on the other hand, is most open to dialogue and peaceful activism as long as it does not lead to nailing Israel to the wall or seeking its annihilation. Comatose Muslims should forget about their obsession with the State of Israel and start building the broken societies they inhabit.

Muslims should start building civic movements if they have legitimate internal grievances they want dialogue over with the West. Otherwise, the kick that Lazlo delivered and made its journey around the world will repeat itself over and over even if the recipients are helpless Syrian refugees who never harmed anyone.

Lazlo gave us this chance. Let’s run with it.