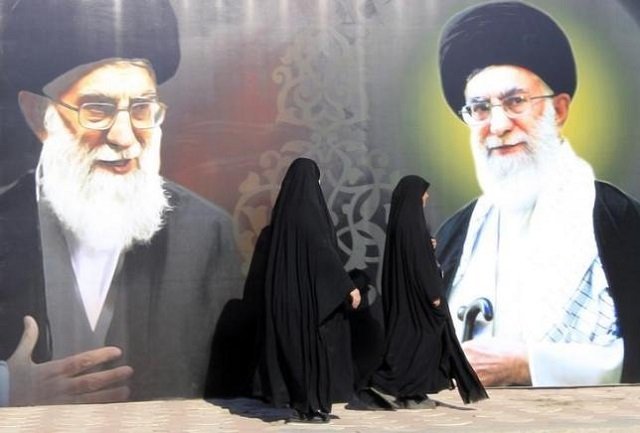 September 9, 2015 7:23 am 0
America’s Year of Living Dangerously
America Is Now Fighting A Proxy War With Itself In Syria
Vladimir Obama and Barack Putin

Thanks to the negotiating skills and high intelligence of our president, Iran’s Supreme Leader has said Tehran will not negotiate with the United States on any issue after the landmark nuclear deal with world powers in July, according to his official website on Wednesday.

The comments appeared to contradict more moderate president Hassan Rouhani, who said on Tuesday the Islamic Republic was ready to hold talks with the United States on ways to resolve Syria’s civil war.

“We negotiated with the U.S. on the nuclear issue for specific reasons. (The Americans) behaved well in the talks, but we didn’t and we won’t allow negotiation with the Americans on other issues,” Ayatollah Khamenei was quoted as saying.

In other words, America can rest assured it may never see the four hostages Iran holds, and as far as curbing Iranian behavior, our president can relax and go play golf instead. Iran sends America a humiliating message.

Following the nuclear deal between Tehran and world powers, several high diplomatic delegations from Europe have visited Iran, in a possible sign of a thaw after a decade of isolation brought on by international sanctions.

But long-time rivals Tehran and Washington have yet to normalize relations or open a dialogue on their contending policies in the war-torn region.

President Barack Obama on Tuesday secured 42 votes in the U.S. Senate to secure the nuclear deal of which Republicans disapprove.

Israeli Prime Minister Benjamin Netanyahu has been a vociferous opponent of the Iran deal, calling it a threat to his country’s existence.

“God willing there will be nothing left of the Zionist regime in 25 years,” Khamenei said. “Meanwhile, the heroic jihadi Islamic spirit will not leave the Zionists in peace for a second.”