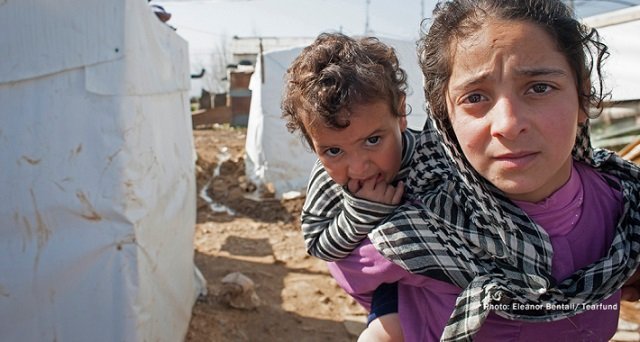 A new U.N. report published shows that Syrian children have endured “unspeakable and unacceptable” suffering during the conflict in Syria.

The the report warns that Syrian children have been sexually abused and tortured in government detention centers, while rebels have recruited them in support roles and for combat.

The report estimates that more than 10,000 Syrian children have been killed. Many more have been injured or have disappeared.

Mr Ban Ki-Moon, Secretary General of the U.N., urged both sides in the conflict to protect and uphold their rights.

While the UN has previously accused the government and rebels of grave violations against Syrian children, the report is the first to have been presented to the UN Security Council.

Mr Ban’s special representative for children and armed conflict, Leila Zerrougui, is scheduled to brief diplomats on the report’s findings next week.

The report, which covers the period 1 March 2011 to 15 November 2013, says that in the early stages of the uprising against Assad, violations were mostly committed by the Syrian military, intelligence services and pro-government militias.

Then, as the fighting intensified and the armed opposition became more organised, an increasing number committed by rebel groups were documented.

The report says Syrian children were arrested, detained with adults, ill-treated and tortured by government forces in large-scale arrest campaigns, particularly in 2011 and 2012.

Witnesses said the abuses included “beatings with metal cables, whips and wooden and metal batons; electric shocks, including to the genitals; the ripping out of fingernails and toenails; sexual violence, including rape or threats of rape; mock executions; cigarette burns; sleep deprivation; solitary confinement; and exposure to the torture of relatives”.

Investigators documented reports of sexual violence perpetrated by intelligence and military personnel against Syrian children suspected of being affiliated with the opposition, the report says.

Witnesses said sexual violence was used to humiliate, harm, force confessions or pressure a relative to surrender. It reportedly included “electric shocks to, or burning of, the genitals, and the rape of boys and, in a few instances, of girls”.

Allegations of sexual violence by rebel groups were also received, but the investigators were unable to further investigate them “owing to lack of access”.

Last week, Syrian Deputy Foreign Minister Faisal Mekdad denied that there are any Syrian children being detained by the government, which are utter lies.

The UN report also highlights the recruitment of Syrian children, both in support roles and for combat, by rebel groups, including the Western-backed Free Syrian Army. Boys aged 12 to 17 years have been trained, armed and used as combatants or to man checkpoints, it says.

“Interviews with children and their parents indicated that the loss of parents and relatives, political mobilization and peer pressure from families and communities, contributed to the involvement of children with FSA-affiliated groups,” it adds.

“Many boys stated that they felt it was their duty to join the opposition.”

“Of particular concern were cases of recruitment or attempted recruitment of children within refugee populations in neighboring countries.”

A spokesman for the FSA Supreme Military Council told the New York Times that members of its affiliated groups had to be at least 18 years old and did not need to use children, but that other groups might have been deploying younger teenagers.

The UN did not receive reports of formal recruitment of Syrian children by government forces, but troops and pro-government militia were said to have intimidated and seized young males, some under 18, to join them at checkpoints and during raids. Children were also used as human shields.

The report says that over the past three years, thousands of children have been killed and maimed at anti-government protests; in government air strikes and ground operations; in massacres perpetrated by both sides; in armed clashes; and chemical weapons attacks.

Investigators also said that rebel forces were believed to have carried out summary executions.