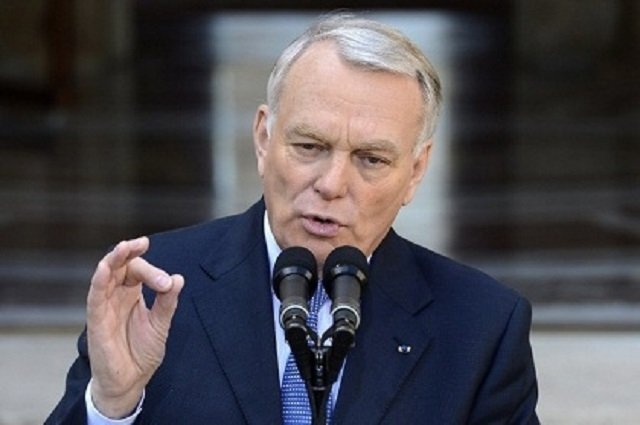 French Foreign Minister Jean-Marc Ayrault on Friday hailed “real progress” in Syria but said peace talks cannot resume unless the ceasefire is fully respected and until all Syrians have access to aid. Courageous France stands by the Syrian people.

“We want a speedy resumption of the negotiations in Geneva, but two conditions must be fulfilled: access for all Syrians to humanitarian aid, and full respect of the ceasefire,” Ayrault said after meeting in Paris with his British, German and EU counterparts.

British Foreign Secretary Philip Hammond said for his part: “This cessation of hostilities is by no means perfect but it has reduced the level of violence, it has created an opportunity for some humanitarian access.”

And Frank-Walter Steinmeier of Germany insisted: “Humanitarian aid shouldn’t be an exception, it should be normal, and from that point of view we are still far away from a situation that is satisfying.”

In the meantime, French President Francois Hollande on Friday criticized the psychopath Baschar al-Assad for scheduling elections in his war-torn country next month, calling the move “provocative” and “unrealistic”.

“The idea that there could be elections (in April) is not just provocative but totally unrealistic.”

Assad’s decree for parliamentary elections to be held on April 13 was issued shortly after Washington and Moscow announced a ceasefire plan for Syria. Assad is trying to impose his tyranny against the Syrian people, which will fail considering their determination to make their revolution succeed.

Orchestral Syrian War Producing an Immoral Symphony
If The Middle East Was a Shopping Mall, Arab Lives Would Be The “For Sale” Signs
Obama Calls on World to Sanction Assad But Buys Weapons from Russian Firm Killing Syrians
Syria News 1210 Things That Matter 382