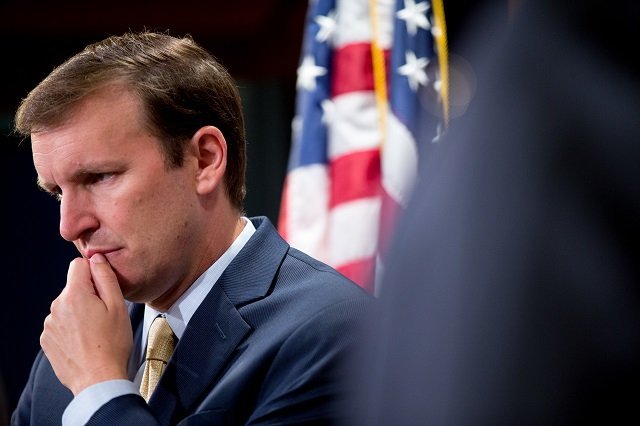 September 29, 2015 5:26 am 0
Pinocchio Addresses a Letter to Congress
Congress Must Reject Deal to Avoid Future War With Iran
Obama To Release Jonathan Pollard Only If Congress …

Democratic discontent with the Obama’s Syrian policy and U.S. strategy in is growing, with some of President Barack Obama’s supporters in Congress questioning what he is doing to fight Islamic State militants, stem the exodus of Syrian refugees and find a political solution to the conflict.

With Putin now firmly planted in Syria, it is just too little too late. Democrats should have complained the moment Obama refused to establish a No-Fly Zone that would have stemmed the flow of refugees.

Sen. Chris Murphy, D-Conn., on Monday said the beleaguered U.S. program to train and equip moderate Syrian rebels to fight IS should be scrapped. Gen. Lloyd Austin, the top U.S. commander in the Middle East, told Congress earlier this month that only four or five trained fighters are battling the militants — significantly short of the U.S. goal to train 5,000.

Moreover, the U.S. military said a trained Syrian rebel commander had surrendered six trucks and ammunition, supplied by the U.S.-led coalition, to an intermediary linked to the al-Qaida affiliate in Syria. U.S. Central Command said the items — roughly 25 percent of the equipment assigned to that unit — apparently were handed over in exchange for safe passage within the region.

“For those of us who opposed the Syria train-and-equip program from the start, our predictions that our assistance would end up aiding mortal enemies of the U.S. like al-Qaida are now coming true,” Murphy said in calling for the demise of the program, for which Congress put up an initial $500 million.

Behind that program is Ben Rhodes, Deputy National Security Adviser, who refused to listen to more experienced diplomats that the program had structural flaws. One major flaw was the the rebels were only supposed to fight ISIS, but not the Assad regime the cause of all terror and all the problems in Syria.

Also on Monday, Sen. Bob Casey, D-Pa., wrote a letter to Secretary of State John Kerry calling for a new diplomatic approach to reach a negotiated settlement in Syria. In the letter, he also urged the Obama administration to push other nations to meet their funding pledges to the U.N. World Food Program, which has faced cutbacks. And he called on the administration to insist on the enforcement of current U.N. resolutions, including the banning of barrel bombs that have killed scores of Syrian civilians.

Democrats, sounding their Democratic disconnect, are beginning to realize the purpose of those barrel bombs is to cause the Syrian refugee problem.

Casey said in the letter:

“I believe the United States should make the protection of Syrian civilians from war crimes and crimes against humanity a higher priority. More than four years of strife have displaced nearly 12 million Syrians from their homes. Millions are seeking refuge in neighboring countries, placing incredible strain on the local communities and are now migrating into Europe, seeking better living conditions. Civilians are suffering under IS rule in parts of Syria and hiding from Assad’s barrel bombs in others.”

Last week, Sen. Jeanne Shaheen, D-N.H., also expressed Democratic discontent and frustration that only a handful of the U.S. -trained Syrian rebels were still on the battlefield fighting IS even though IS is not causing the Syrian refugee problem.

“I think, as it has been operating, it has not been successful,” Shaheen said at a congressional hearing.

Obama discussed Syria on Monday during his speech to the U.N. General Assembly, calling the situation “an assault on all our humanity.” He said the United States is willing to work with any nation, including Russia and Iran, to solve the Syrian conflict. But he says bringing about an end to the four-year civil war means Syria’s Assad cannot stay in office.

Nice words backed by no action.

Because of the Iran Deal, Obama has made this White House hostage to Iranian demands and whims.