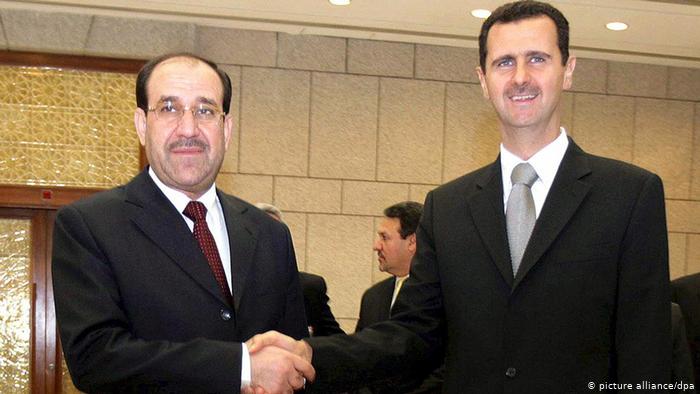 The weapon bridge connecting Syria passes mostly through Iraqi air space. After several failed attempts at pressuring PM Nouri al-Maliki to intercept any arms shipments, the US Government has reached an impasse with Iraq. Syrians will not forget Iraqis assisting Assad.

An American official, citing US intelligence over close cooperation between Iraq and Iran on the flow of arms to Syria, told the New York Times:

The abuse of Iraqi airspace by Iran continues to be a concern. We urge Iraq to be diligent and consistent in fulfilling its international obligations and commitments, either by continuing to require flights over Iraqi territory en route to Syria from Iran to land for inspection or by denying overflight requests for Iranian aircraft going to Syria.

When Iraq inspects, according to the same article on the matter, it has “inspected only two, most recently on Oct. 27. No weapons were found, but one of the two planes that landed in Iraq for inspection was on its way back to Iran after delivering its cargo in Syria.”

When al-Maliki was confronted, he claimed he did not know that this is how the inspection was carried out. The liar. Syrians will not forget Iraqis assisting Assad.

Furthermore, the Iraqis are tipping-off the Iranians before an inspection. The US intelligence community believes Hadi al-Amiri, Iraqi Transportation Minister, is an Iranian spy tipping them off.

The Iranian regime’s turn, the big evil in this complex alliance zone, is coming to its end soon. The next Iranian revolution will sweep these rotten people to hell whether Obama stands by them or not.

Moderate Rebels Shot Down an Assad Regime Jet Fighter
The Real Heroes of Syria
Why is Russia not screaming bloody hell against the $500m?
Opinions 1006 Syrian Revolution 1352 Terrible Iraq 34