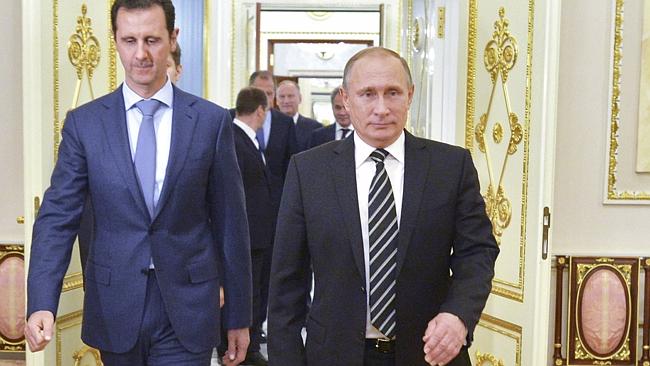 November 30, 2012 2:46 pm 0
Sunnis and Shia Can Build Syria Together
If Assad Remains in Power, the Salafis will Turn Syria into a Swamp
Aimless Syrian airstrikes

Some cultures are predisposed to the notion of cutting losses; and some, like our Arab culture, cannot come to grip with that reality; and there is no better proof than the Palestinians fighting for 65 years the State of Israel. History, today, repeats itself in Syria with the Putin stupor throwing good money away after a bad actor.

But it seems that the Russian mindset has inherited that very same notion.

Considering Russia is now funding Assad and arming him using illicit means, it does not seem to be of concern to the Putin Government that it may be throwing good money after a bad cause. The same is true of Iran and to some extent the racist Iraqi Government of Nouri al-Maliki. A Government that clandestinely supports Assad.

This state of stupor is equivalent to the state of denial many people are familiar with as they face a tragedy. It’s not about loyalty as some may conclude. Rather, it is simply about the state of mind of powerful people that mirror those with much less power. Putin is human after all and he is making mistakes as any human does.

The Syrian Revolution is alive and kicking. It has been burning the skin of every liberal Syrian for too long. For those who cannot comprehend our mindset, we recommend they visit one of Assad’s dungeons of torture the likes medieval Europe experienced during the Inquisition to fully grasp our position. Without such a visit, you will never understand the will of the Syrian people to remove Assad and his family from power permanently.

In fact, we wish you could stay few days in one of Assad’s dungeons. It is by far the most effective mean to keep your memory burning with the desire to remove Assad from power. Just like every Syrian who has been subjected to his savagery.

Nasty White House deceptions
Syria: The Center of the Arab Spring or the Center of a Cold War?
Memo to Suleimani: Syria is Not Iraq
Opinions 986 Putin Occupation 106 Syrian Revolution 1352 Terrible Iraq 34