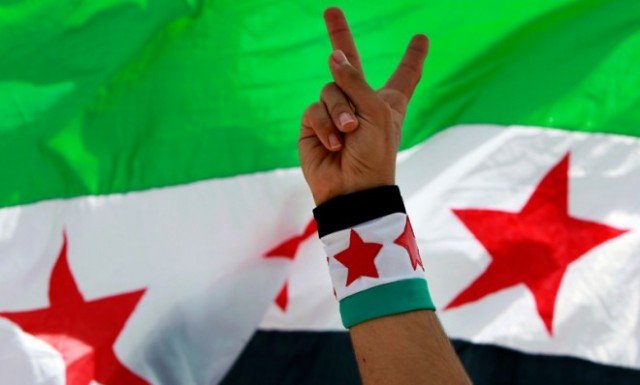 May 14, 2014 4:38 pm 0
Syria Will Bury Khamenei Yet
Why the United States must change its failed policy in Syria
Putin and Assad Using Migrant Crisis as a Weapon

Tomorrow marks the end of the third year of what started as peaceful protests in Syria, and begins, as well, the fourth year of a raging and inhuman civil war. Between Syrian marchers shouting??Silmiyeh, Silmieyh??(Peacefully, peacefully) to be met with a hail of bullets and Assad gassing the innocent people of?Ghouta?on the outskirts of Damascus, the world has witnessed the indescribable savagery of the Assad regime with tons of videos and images streaming online incessantly. Unsurprisingly, Assad?s savagery prompted the Sunni Islamist extremists to respond in kind.

The fact rogue Governments around the world sensed a desensitizing process take shape in Syria in spite of all the worldwide coverage and the YouTube videos tells me Syria will repeat itself many times over. Assad, Putin, Khamenei, and Nasrallah have turned the tools of freedom on their heads, and because President Obama has refused to press the issue of Syria on the world stage, many similar tragedies will repeat themselves. Rogue leaders see Syria as a model to curb the effectiveness of the viral tools of knowledge and to highlight the clear appetite loss by a fragile West unwilling to stop terror. The failure of the international community to stop Assad will haunt it one day.

During the last three years, the chameleons of terror some in the media call ?moderates?, and some romanticize as if they were champions of humanity, have been directly involved in the killing machine of the Assad regime. Leaders, like Putin, have been feeding Assad?s war machine with tools of destruction. Not to be outdone, religious zealots occupying great countries like Iran and Lebanon have been sending their armies to kill Syrian civilians under the excuse of self-preservation of the Shia faith. The Syrian civil war started to overthrow Assad, a savage oppressor, and not to kill the good people of the Shia faith.

One day, when the fog settles on Syria, the na?ve amongst us will have a hard time understanding the motives of Iran and Hezbollah. Generations forward of good people in Syria, Iran, and Lebanon are being burdened with a heavy debt because of the actions of the very few terrorists governing legitimate countries.

It would be an understatement to say that the last three years of war have uncharacteristically intensified the tensions between Saudi Arabia and Iran, which have existed, in one form or another, ever since Ayatollah Khomeini occupied permanently the seat of power in Iran. Following Assad killing Syrian marchers, both countries have been directly involved in assisting their own camps split along religious lines.

Meanwhile, the US, under the Obama Administration, has opted to abandon its traditional allies in Saudi Arabia and Israel in favor of bedding the terror of Iran. Israeli haters, plain and simple, President Obama is more than willing to lend them his ear, are the architects of this major US policy shift.

With every seismic shift comes adjustments and an acclimation process.

Given its Chicagoan roots, the Obama Administration adjustment strategy has been to coerce and threaten with consequences any country who objected or worked against its new direction. Besides forcing Saudi Arabia to abstain from sending potent arms to the moderate rebels fighting Assad, the Obama folks are also interfering in internal Saudi affairs by pressuring the King to dispense of good Saudis who refuse to carry their water. One such Obama rebel was Prince Bandar bin Sultan, Saudi chief of intelligence, who was forced to resign from his post. Maybe new leaks will show the emails of Ben Rhodes on this subject, the designated fall guy Mr. Obama thinks he is dispensable.

Furthermore, the most recent flurry of coercive activities are most likely diplomatic intense pressure by the Obama Administration to compel Saudi Arabia to tow its line by striking its own deal with Iran. While the Saudis have always welcomed such a deal, embarking on this mission when Iran is at the height of its power is, for lack of a better word, suicidal. The Saudis announced they?invited?Iranian foreign minister for talks in Riyadh, the Iranians?claimed?they never received the invitation.

So much for Saudi willingness to commit a Kenyan Hara-kiri.

My guess is that President Obama is pressuring Saudi Arabia on many fronts simultaneously. Not only his administration is interfering in how Saudi Arabia should run its own Government, but also Mr. Obama seems to be limiting Saudi capacity to defend herself.

On April 25, during a military parade at?Hafr al-Batan?in northeastern Saudi Arabia, for the first time ever, al-Saud displayed Chinese intermediate-range missiles able to carry a nuclear payload for a 2,700 Kms journey, well within reach of Tehran or Tabriz, Iran?s furthest north major city. Sitting amongst the honored guests watching the parade was Pakistani Chief of Staff Gen. Raheel Sharif. The message could not be any clearer.

How did Saudi Arabia get from a stare down to a caress? You guessed it. Most likely, Mr. Obama threatened Saudi Arabia with retribution and reprisals.

No one wants to see a nuclear let-us-measure-you-know-what faceoff. However, in defense of Saudi Arabia, al-Saud fight terror, not support it. In the aftermath of the 9/11 attack funded by three rogue Saudi princes, the CIA took care of all three decisively with the help of al-Saud. Just a week ago, Saudi Arabia?broke up?an AQ terror cell as it has always done.

Furthermore, Saudi Arabia does not fund legalized terror the way Iran funds Hezbollah; on the contrary, their adversarial position against the Muslim Brotherhood movement is a sign the Saudis have selected to become part of the civilized world, not against it like Iran and the Assad regime have.

With this White House, acts of civility by Saudi Arabia and Israel activate coercion. Acts of terror by Iran, Assad, and Hezbollah activate empathy and congeniality.

Welcome to America?s new twisted world many Americans cannot wait until it ends on January 2017.