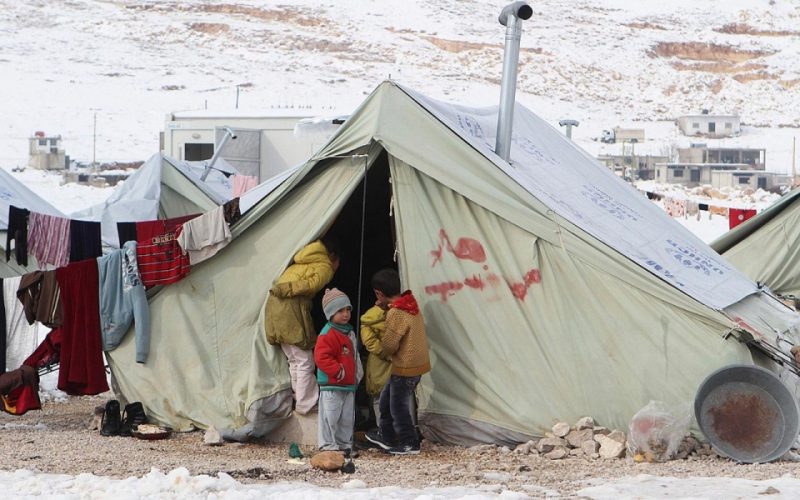 SBS, an Australian news portal, published this heartbreaking story about a starving mother who attempted to burn herself and her three children because of starvation. They lived under desolate conditions in Eastern Syria. The Syrian people suffering go unnoticed around the world as global players rewind the Assad tape to its ugly beginning.

The story, titled “Starving Syria mum sets self, kids on fire after failing to find food”, provides readers with a snapshot of the grave dangers Syria’s families are enduring to survive the criminal regime of Assad.

READ IT AND TRY NOT TO WEEP

A Syrian mother has attempted to burn herself and her children to death at a refugee camp in eastern Syria after she failed to find food for her family for three straight days, a civil defence spokesman says.

Sundus Fathallah, 28, set herself and her three starving children on fire inside a tent at Rukban refugee camp on Saturday, spokesman Khaled al-Ali told dpa.

Other refugees at the camp put out the fire, which damaged the tent, and evacuated the woman and her children to hospital, the spokesman said on Sunday.

Thousands live under harsh conditions in Rukban, located in a remote area of the Syrian desert near the Jordanian border.

Most of the refugees there fled areas in eastern Syria that had once fallen to the Islamic State extremist group, and were trapped after Jordanian authorities closed the border.

Last year, at least 20 people died because of a lack of medical services inside the camp.

RESPONSIBILITY OF THE GLOBAL COMMUNITY

The international community is partially responsible for this tragedy. On two separate fronts.

Why is the United States not dropping food to the starving Syrian women and children innocent of the terrors of ISIS?

And why is the international community acting with impotency when it comes to punishing extreme men of violence? Monsters gassing women and children in their sleep for no other reason but to exact revenge on a civilian population unwilling to live under their oppressive regimes?

Abandoning the Syrian people is unconscionable and immoral. That abandonment started under Barack Obama and continues under Donald Trump, one of the worst American presidents ever.