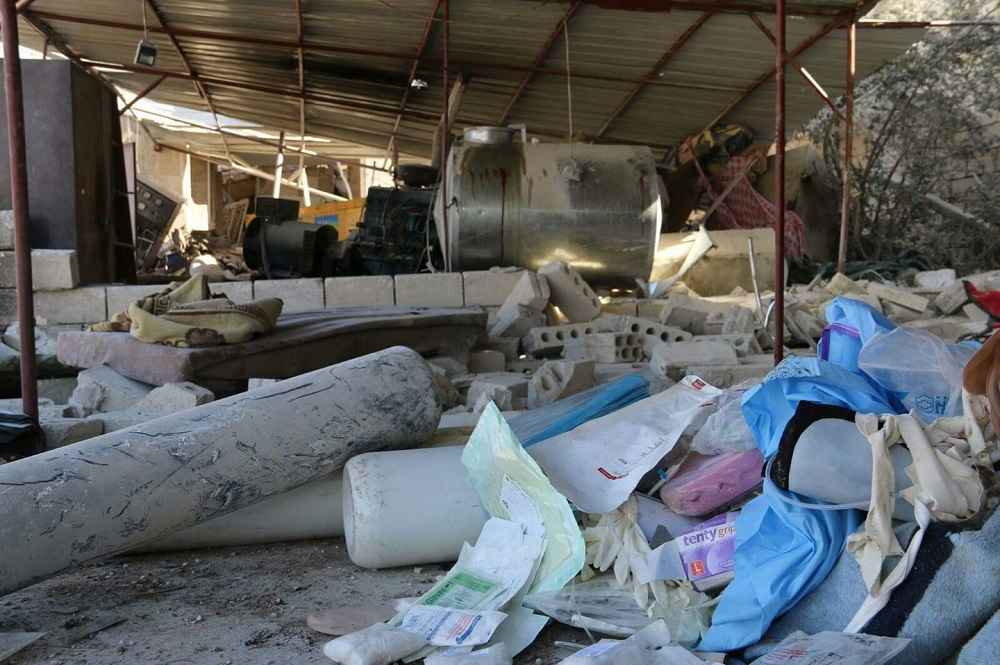 Russia Informs the UN It Will Resume Bombing Hospitals in Syria

Russia said on Thursday it has quit a voluntary United Nations arrangement whose aim was to protect hospitals and humanitarian aid deliveries in Syria from attacks by the warring parties. In effect, Russia informs the UN it will resume bombing hospitals, schools, and markets to target civilians.

Upset over a UN inquiry that found Russia and the Assad regime or its allies carried out attacks on three healthcare facilities, a school and a refuge for children in northwest Syria last year, Russia made the decision following the inquiry.

After the UN shared with the Russians coordinates of hospitals, Russia deliberately targeted those locals.

Russia believes the United Nations should continue giving the relevant coordinates to the Assad regime.

If Russia thinks this will help them escape accountability for war crimes, they’re dead wrong. We and other groups will continue to investigate and document the deliberate bombings of hospitals and other grave crimes in Syria.

Despite overwhelming evidence provided by The White Helmets on the ground, Russia and Syria have said their forces are not targeting civilians or civilian infrastructure. They have long-questioned The White Helmets, the source the United Nations uses to verify attacks. Both have called The White Helmets “terrorists” even though they are unarmed first responders providing medical and evacuation services.

President Trump froze $200m in aid to Syria, which de-funded the White Helmets. The move helped Russia consolidate its hold on Syria.

State Department spokesperson Heather Nauert has previously called the White Helmets “selfless men”. They produced a documentary showing the difficult humanitarian work they do to save civilians.

Under the U.N. deconfliction arrangement, the UN shared the locations of hospitals and health centers with the warring parties.

In a note to aid groups, seen by Reuters, the U.N. Office for the Coordination of Humanitarian Affairs (OCHA) confirmed Russia’s withdrawal.

The United Nations is concerned about the withdrawal of the Russian Federation …  and is examining the implications of this decision for humanitarian personnel and operations in Syria.

Russia Informs the UN It Will Resume Bombing Hospitals in Syria