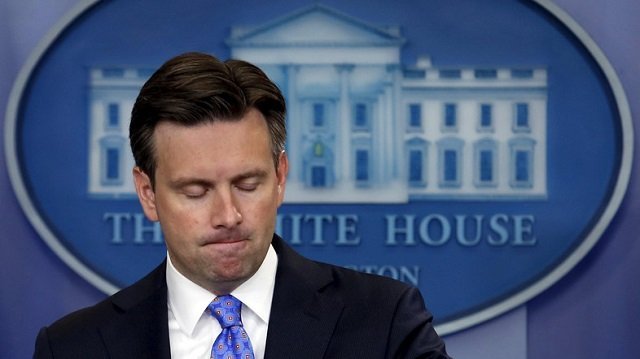 If You Believe This White House Claim, We Have a Bridge to Sell You

Iran will only see sanctions relief if it complies with the nuclear deal, White House spokesman Josh Earnest said on Thursday.

Honestly, if you believe this White House claim, we have a bridge to sell you in San Francisco. It comes with its own toll booth too.

Iran’s Supreme Leader, Ayatollah Ali Khamenei, said on Thursday he favored a parliamentary vote on its nuclear deal reached with world powers and called for sanctions against Tehran to be lifted completely rather than suspended, state television reported.

Obama and Khamnei are in cohort to diminish U.S role in the region at the expense of U.S. interests Barack Obama believes America does not merit. The result of the Communist upbringing of Valerie Jarrett.

Just watch how deadly this Iran Deal is going to be. It will lead America to war in the Middle East.

If You Believe This White House Claim, We Have a Bridge to Sell You