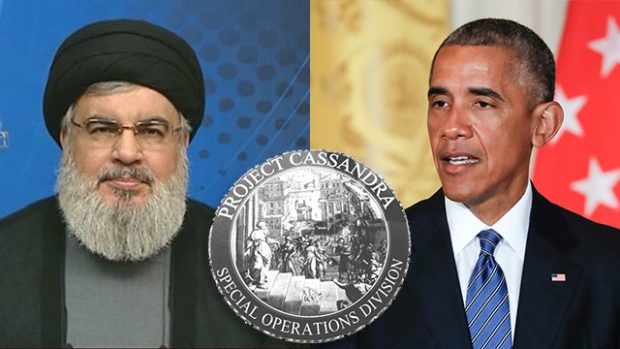 This is one of those stories we may soon hear more about even though mainstream media, like the Washington Post and the New York Times, have both ignored. It is a story about a U.S. President willing to go the distance to protect an Iran Deal up to the point of turning a blind eye to Hezbollah’s illicit drug activities. In effect, Barack Obama stands accused of facilitating Hezbollah drug trafficking. Pure and simple.

Josh Meyer of Politico was first to break the story. The article starts with these two important paragraphs summarizing Obama’s treachery.

In its determination to secure a nuclear deal with Iran, the Obama administration derailed an ambitious law enforcement campaign targeting drug trafficking by the Iranian-backed terrorist group Hezbollah, even as it was funneling cocaine into the United States, according to a POLITICO investigation.

The campaign, dubbed Project Cassandra, was launched in 2008 after the Drug Enforcement Administration amassed evidence that Hezbollah had transformed itself from a Middle East-focused military and political organization into an international crime syndicate that some investigators believed was collecting $1 billion a year from drug and weapons trafficking, money laundering and other criminal activities.

So far, Barack Obama has not refuted these accusations. The coward is hiding.

The Iran Deal Barack Obama has so adamantly wanted to strike with Iran has had a deep and negative impact on the region. Here are some of its ugly results:

This is Obama’s real legacy. A two-term president with one central theme: How can I, Barack Obama, empower Iranian terror in the Middle East at all costs to include letting innocent civilians die from either chemical weapon attacks or drug overdose deaths.

Honestly, where do they grow such dumb men?