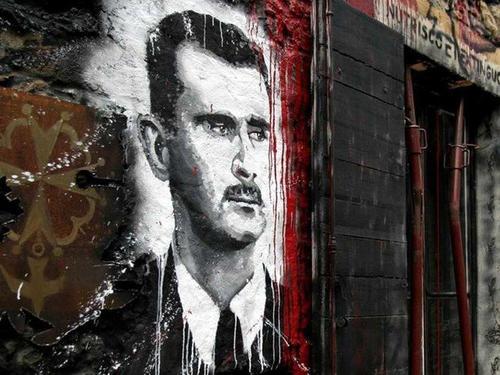 September 30, 2018 6:10 am 0
Salute the Alawites Revolting Against Assad
Syrian Opposition Groups Agree Assad Must Go
Why Assad Dictated Only 19 Cases of Coronavirus?

It looks like Washington got a dose of a new foreign policy reality this week when Ambassador Jim Jeffery, entrusted by President Trump with the Syria file, has spelled it out with a long tail warning to Chemical Assad and his allies. We believe this warning will force the regime, Jeffrey labeled as a flopping cadaver, into its standard survival mode. The flopping cadaver will wait out President Trump term through tactful delays.

As such, it is imperative for Jeffrey and the team at NSC to construct a timeline that removes any controls the Assad regime may use to delay that process. Work the timeline backward in order to impose timely and fixed deadlines that mitigate the risks of these delays. Waiting out unfriendly U.S. presidents is a cornerstone survival tactic the Assad family has come to trust to save its skin over the last 48 years of ruling Syria.

Moreover, the regime has also relied upon its friends in Washington to keep it afloat. People like John Kerry (AKA Tehran John), Dennis Kucinich (AKA Damascus Dennis), and Congresswoman Tulsi Gabbard (AKA Tulsi Fool Me). We expect these folks to scream bloody hell to save a war criminal from his justice. Each for their own reasons. Tehran John for romanticizing violence and power. Damascus Dennis to cash his chips via payments by Assad agents. Finally, Tulsi Fool Me for socialism brotherhood. The flopping cadaver will wait out President Trump.

It is hard to imagine Assad bowing to the pressure the United States is willing to exert in order to fix Syria’s troubling past by insuring a constitution and new elections that would brighten the country’s future. The word “compromise” does not exist in Assad’s lexicon. He is bred to administer violence to avoid compromise. We believe this is why Ambassador Jeffrey used the meaningful words “Flopping Cadaver”. Syria is just that without international aid and without political compromise.

The process of reforming Syria seems to have fallen in the lap of the United Nations who is supposed to form a committee with the sole purpose of writing an inclusive constitution. Mind you, a constitution governed by Assad is as useless as an Eskimo outfit in Florida. Without him, Syria quadruples its chances to rid the region of terror and violence.

As long as Assad remains outside the circle watching in, Jeffrey has a good chance of steering Syria in the right direct. The moment Assad controls any of the processes towards free elections, we run the chance of allowing him the luxury to institute delays to wait the president out.

TFS wishes Ambassador Jeffrey and the Trump Administration much success. Over the last seven years, we have witnessed first-hand Assad terror to serve his twisted goals. To include fostering ISIS and gassing innocent women and children. An Assad-less Syria would yield such positive energy throughout the whole Middle East.

Collapse of the Assad Syrian Army is Imminent
Has Assad of Syria Threatened Vladimir Putin?
Hollande: Russia’s Intervention Will Not Save Assad
Assad Must Go 88 Chemical Assad 105 Opinions 977 Syria 450