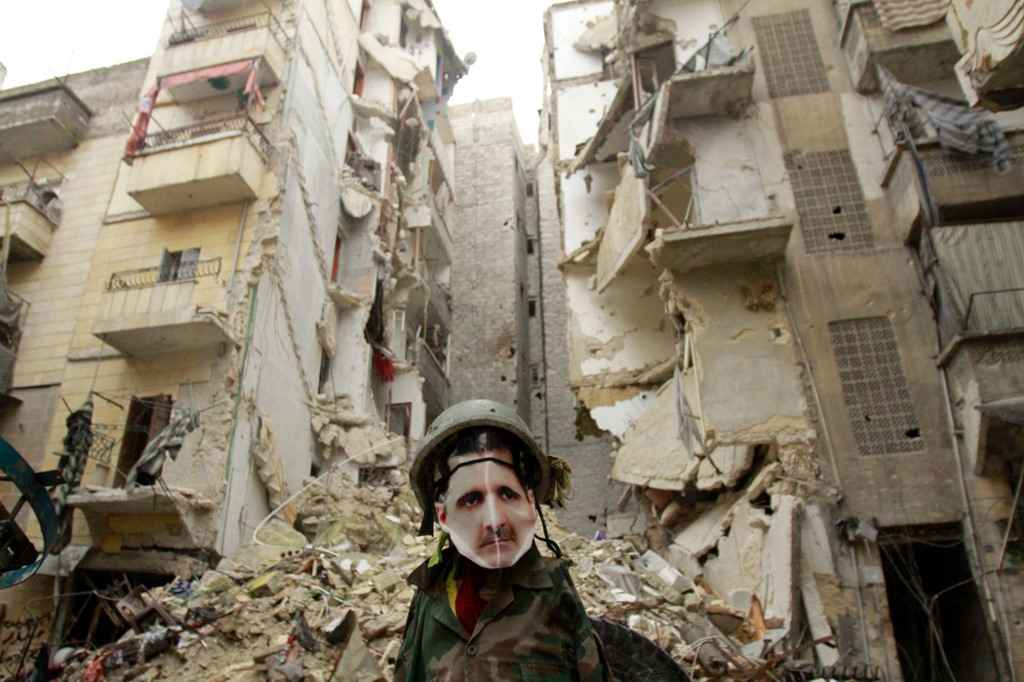 Assad Control Over Syria is Slipping

December 29, 2020 6:21 am 0
The Delusional Assad World in War and Peace
Does Anyone Really Believe Assad Has Won in Syria?
Iran Meet and Greet Terrorists

Let us take a snapshot of 2020 from a Syrian perspective. Assad is bogged down trying to invade the last bastion of resistance to his rule in the Idlib Province. He is leading an economy in tatters with its currency slipping against the dollar (It stands at 3,000 to $1), and his popularity among his own peers, the Alawites and the Orthodox Christians of Syria, has reached an all-time low after the Wagner Group conducted a real poll last May. All in all, Assad control over Syria is slipping and his Oedipus-driven obsessions are forcing the Kremlin to look past him.

The average Syrian who stood behind the Assad regime for political considerations must now abandon the same regime for economic necessity.

In the last year, Syria has witnessed an onslaught on rich Assad family members to strip them of their wealth. Backed by his own wife Asma, whose Avenue Montaigneske-like shopping sprees could bankrupt a nation, Assad picked a fight with his maternal cousin Rami Makhlouf that ended with the transfer of most of his wealth to Assad’s pocket. To this day, he continues bankrolling his war and his lifestyle by raiding the bank accounts of his own family in addition to self-made Syrian merchants who find themselves choosing between life or a bankrupted living.

The war Assad insists on finishing by invading Idlib is not going so well for him on the domestic front either. Costs of living fueled by instrumental subsidies has all but driven Syrians below the poverty line across all of Syria and not just the war front lines. The average Syrian who stood behind the Assad regime for political considerations must now abandon the same regime for economic necessity. No Syrian can afford this economic endurance test for the sake of one man’s hold unto power. To many Syrians, their future depends on finding an exit from the quagmire of Assad’s sociopathy while at the same time relying on Russia to defend them from the Muslim Brotherhood Turkey is backing for control of the country.

Talking of a rock and a hard place.

Assad control over Syria is slipping as his own people turn against him.

The United States is hoping, by deploying the economic sanctions of the Caesar Act, it can bring Russia to the negotiations table. Like Russia, the United States is disinterested in letting the Muslim Brotherhood gain any foothold in Syria’s future. Israel and the MB simply don’t mix. Simultaneously, the U.S. wants to carve Syrian territories for a Kurdish autonomous zone à la Iraq. Which candidate can both countries agree upon remains a sticking point because, unlike the U.S., Russia wants a chaotic Syria to stir the pot while the U.S. wants a stable Syria to upset Iranian expansionism. Russia wants the Cold War and the U.S. wants no war at all.

In the background, President Erdogan of Turkey wants Syrian Islamization, which seems to stall in the face of so much western opposition.

So while all those dynamics play out, Assad control over Syria is slipping as his own people turn against him. Add his own incompetence to conduct a war he was losing had Russia and Iran not come to his aid and Assad weaknesses are becoming ever so obvious to Vladimir Putin.

Meanwhile, the average Syrian is scrambling to survive in a war-torn country Assad destroyed just to remain in power. This sentence, pretty much, describes Syria’s history the last 20 years.

Assad Control Over Syria is Slipping