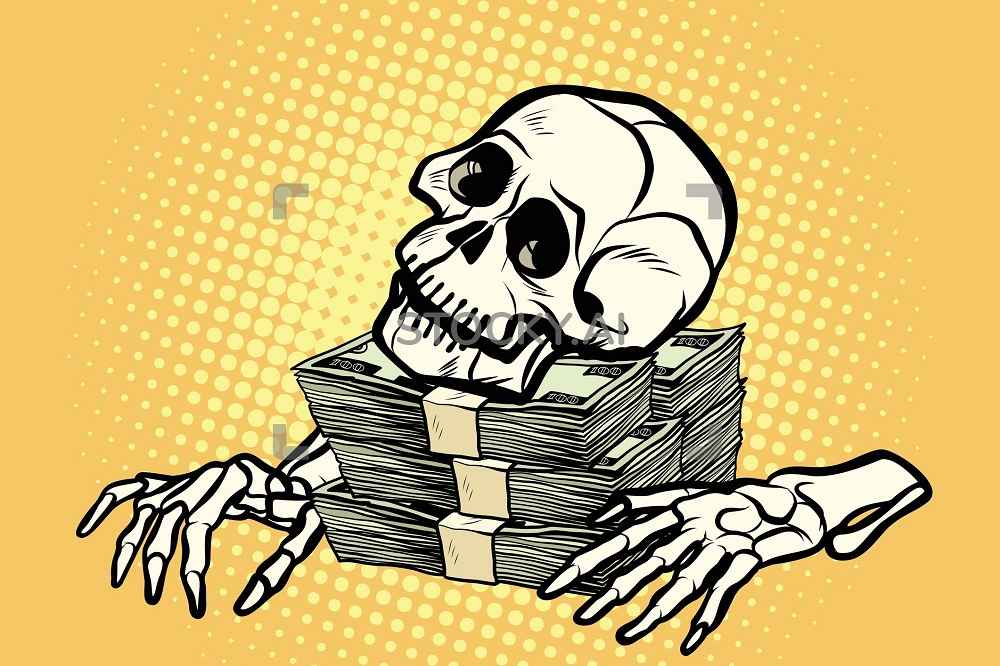 June 4, 2020 6:46 am 0
Fight for Syria Future Begins With the Opposition
Efforts for a Political Solution Will Fail
The Mother of All Political Stalemates

What is happening within the secretive Assad inner circles are signs of a crumbling Syrian economy reflected by Makglouf’s downfall from grace.

On a summer day last year, presidential guards drove out of the charity organization founded by Syria’s wealthiest businessman and a close cousin of Bashar al-Assad, carting away boxes of documents and computers. At the same time, Assad was questioning the charity’s director at the palace on suspicion of corruption.

The confiscated data included names of thousands of militia fighters who have supported the government in the 9-year-old civil war, including salaries they received from Al-Bustan, the charity group founded by Rami Makhlouf.

The incident last August was the opening salvo in a crackdown on Makhlouf’s power, signaling the beginning of the end of his role as the Assad family’s top financier.

The unprecedented crackdown burst into the public with a series of Facebook videos Makhlouf posted contesting the measures. It revealed a new fragility of the embattled president — and gave a rare glimpse into the intrigues of an opaque inner circle involving a powerful first lady and business rivalries.

Assad, who marks 20 years in power this month, has survived nearly a decade of war with the backing of Russia and Iran and a loyal class of businessmen. A number of those businessmen helped protect the state and economic interests by also forming their own militias.

Now the war-ravaged country faces a new level of hardship.

The Syrian pound has fallen to 1,800 to the dollar, from 50 before the war. Prices have soared, and electricity and fuel shortages are recurrent. More than 80% of the population lives in poverty. Once an oil exporter, Syria now lives on a credit line from Iran, which faces its own economic troubles.

Sanctions in place before the war mean Syria can hardly export anything, and new U.S. sanctions threaten to further choke the country.

With the crackdown, Assad seems set on bringing the economy more firmly under his control. This meant bolstering the state’s empty coffers.

“Rami’s potential demise is mostly a reflection of a change at the helm of the regime” — in players, not policy, said Jihad Yazigi, editor-in-chief of the Syria Report.

New actors are competing with traditional powers within the family over the shrinking resources, he said.

ASMA IS RECONSTRUCTING HER IMAGE

For instance, first lady Asma Assad has increasingly sought to centralize all charity work under her aegis. She heads the Syria Trust for Development, where most foreign aid for post-war reconstruction is channeled. This affords Asma to pilfer the foreign aid for her own personal benefit.

The Makhloufs have been the Assad family’s longtime partners. Makhlouf’s father, Mohammad, was the brother-in-law of Assad’s father Hafez and a mentor to the younger Assad. Notably, he too now appears to have been sidelined.

His name became synonymous with Assad’s power. Early in the conflict, protesters torched his companies — and Makhlouf moved out of the public eye.

Soon after, an audit was launched against Makhlouf’s Al-Bustan charity — with the raid on its offices and interrogation of its staff, details of which were reported in Arab media and confirmed by an emigre Syrian businessman, Firas Tlass.

Tlass said the crackdown was driven by the first lady.

ARE THE ASSADS RUNNING OUT OF MONEY?

A career investment banker, Asmaa Assad is trying to secure her three children’s future, fearing consolidation of the family wealth in the hands of Makhlouf and his sons, who live in Dubai, said Tlass. He estimates Makhlouf’s fortune at $13 billion.

The audit was the final rupture between Makhlouf and Assad, said Tlass.

After it, the Assads replaced Al-Bustan’s director and accountant by figures close to the palace. They all so integrated the affiliated militia into the armed forces. This year, the Assad s temporarily seized Makhlouf’s assets and banned him from travel.

Makhlouf, who almost never makes public comments, responded with his Facebook videos. The videos shocked the country, turning the family dispute into a serialized drama.

He appeared to be banking on support from the Alawite community, from which he and the president hail, and which make the bulk of the pro-government militias he has long supported.

“It is the weakness of the regime that made it possible for such divisions to be aired in public,” said Tlass, who is the son of a former defense minister and lives in exile but keeps ties with Syria.

SIGNS OF A CRUMBLING SYRIAN ECONOMY

By year’s end, the government openly named Makhlouf and other businessmen or officials in a campaign against corruption. State media, which once called them the “nationalist business class,” now branded them “war profiteers”. Officials spoke of billions of Syrian pounds embezzled. The government said Makhlouf owed it $180 million.

The Assad regime temporarily seized Ayman Jaber assets. He is a steel and oil trader married to an Assad cousin. Also hit was Hossam Qaterji, a powerful oil trader, who facilitated oil smuggling from eastern Syria and has a militia. Asma made sure to name her uncle, Tarif al-Akhras, a food trader.

Reports suggest most of those businessmen settled with the government and paid their dues.

Meanwhile, Russia, keen on translating its military role in Syria into economic and political gains, appears to be losing patience with the chaotic, corruption-ridden state.

So it would welcome Damascus moves to tighten control on the economy, said Vitaly Naumkin, a prominent Moscow-based Middle East expert.

Kirill Semyonov, a Syria expert with the Russian International Affairs Council, described the crackdown as a re-distribution of assets among the Assad entourage’s “military-criminal economy.”

“Makhlouf has become a weak link in the chain,” he told Russia’s leading business daily Kommersant. “Assad needs funds or his regime will crumble, so why not take the money from someone who can pay.”