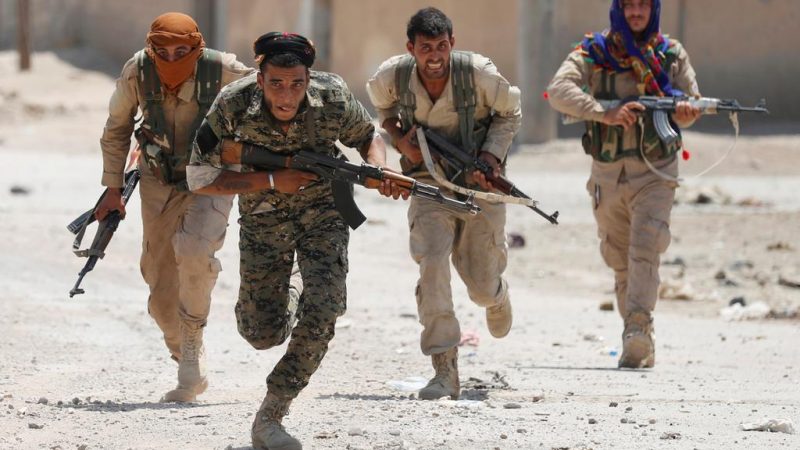 February 21, 2018 3:59 am 0
When Assad Believes West is Stupid
Trump Should Draw a Real Red Line in Syria
When Trump Syria Red Line Turned into a Red Lipstick Kiss

Syria’s war is messy. Doubt over strange allegiances and unholy alliances rise and dissipate like fog over the Thames river. The latest such alliance should make everyone consider certain consequences resulting in an enduring and long war to come. We call it Kurdish carving for Assad massacring.

When Assad commits civilian massacres and the western world, bar the United Nations and few NGO’s, stands silent then one can bet the house that a small green light was provided to Assad for his massacres. What was it provided for? For Kurdish carving of territories in Northeast Syria in return for Assad securing the Sahel region (Russia bombing the Idlib Province juxtaposed to the Sahel) and Damascus.

Witness Assad sending his own troops to fight against Turkey on behalf of the Kurds carving Syria. An aspiration long sought by the non-Arab Kurdish minority. But then, does this mean Iran is now a full partner in Kurdish carving of Syrian territories?

Yes, for the time being to secure Idlib, East Ghouta, and Assad in Damascus.

No, in the long run when Iran will turn on the Kurds after Assad wins back the territories the Syrian opposition holds in Idlib and the suburbs of Damascus.

Just like fog over the Thames river. One day, it’s here. Another day, it’s not.

Why would the west provide the means for Assad to win his battles in Syria? After all, the Kurds are an important element in the YPG fighting force fully supported and trained by the United States Special Forces. For all intended purposes, the U.S. looks like it is fighting side-by-side with Assad and Iran in Syria.

The U.S. sees the Kurds as future allies in its war against extremism. Helping Kurdish carving of territories from which they can suppress any future ISIS-like rise of a new religious group again helps the United States maintain peace and security in the region.

The U.S Kurdish goal is permanent. The Assad/Iranian Kurdish goal is temporary to secure the rest of Syria for themselves. An Iranian-Kurdish war is definitely on the horizon for the Mullahs in Iran to kill any notion of Kurdish carving of Iranian own territories in the future.

For those of us wondering why Donald Trump and the U.S. State Department are silent on Assad’s massacres of civilians, wonder no more. The answer lies in Kurdish carving of Syrian territories to benefit a future country for the Kurdish minorities.