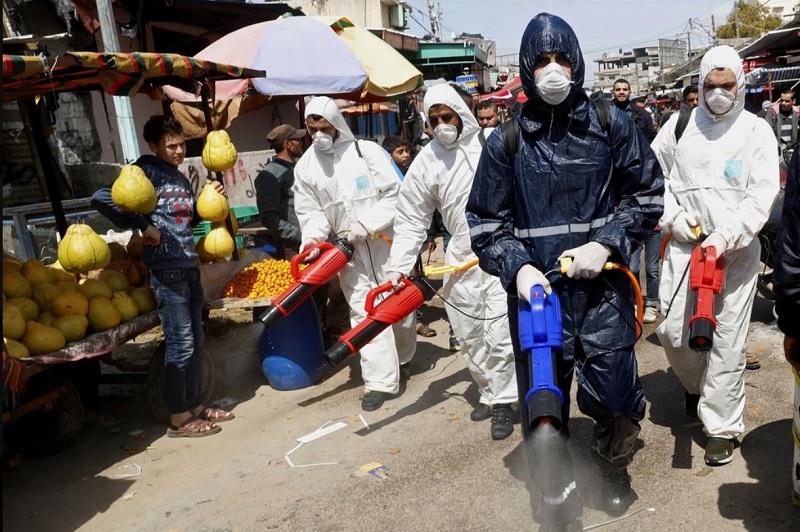 Assad Transparency Humbles All the Other Lying Sons of Bitches Dictators

March 23, 2020 5:30 am 0
Bashar Al Assad: An Intimate Profile of a Mass Murderer
Germany Has Arrested Alaa Moussa Accused of Torture
Assad Attempt at Extorting the West to Resettle Syrian Refugees

War-ravaged Syria on Sunday confirmed its first case of the coronavirus after weeks of rejecting opposition allegations that the disease had already reached a country with a wrecked health system and thousands of Iranian-backed militias and Shi’ite pilgrims. Iran has 21,638 cases as of March 22 and Syria has 1. Truly, Assad transparency humbles all the other lying sons of bitches dictators, like Khamenei, who muzzle their data while digging mass graves for tens of thousands.

There have been unconfirmed reports in recent weeks of coronavirus cases in Syria, whose health system, housing and infrastructure have been ravaged by nine years of civil war, but the authorities have denied any outbreak or cover-up.

The virus has been spreading in neighboring countries .

U.N. officials and humanitarian workers fear a major outbreak in Syria could be particularly catastrophic.

Damascus announced a ban on public transport on Sunday as it stepped up a lockdown it introduced in recent days. To include the closure of schools, parks, restaurants and various public institutions. Syria also called off army conscription.

To follow in the footsteps of Iran, Assad issued a prisoner amnesty on Sunday, according to state media. The government said it was a necessary move to relieve congestion that risked the spread of the virus. Assad prisons hold up to sixty prisoners in cells measuring 30′ by 30′. You can stand but you can’t sleep or stretch.

In an unprecedented move, bakeries across the country would no longer open for citizens and bread would be delivered by distributors to homes to prevent mingling by customers during hours waiting in long queues, state media said.

Medics say the country is also vulnerable with thousands of Iranian-backed militias fighting alongside Assad’s forces, who maintain a strong presence in Syria’s big cities and have their headquarters in the Damascus Shi’ite suburb of Sayeda Zainab.

Iran, one of the countries most affected by the pandemic outside China, is Syria’s main regional ally and operates military and civilian flights that bring the militia fighters into the country.

Iran’s Mahan Air still has regular flights from Tehran to Damascus, according to Western diplomats tracking Syria; even though other Syrian flights have been suspended.

Iranian-backed militias also still enter Syria using the AlBukamal border crossing with Iraq, where the virus is spreading, according to local residents and Western intelligence sources.

The army’s general command announced on Saturday it had raised the level of preparedness in military hospitals and gave orders to minimize gatherings, including military sports activities or any that take place in closed areas.

“We have taken a number of steps … to protect our sons in their residences in military units and formations and order the use of gloves and masks,” an army statement said. It is possible that the coronavirus has devastated the Assad army by the number of cases it is not reporting.

LEAVE OF ABSENCE IN ASSAD ARMY

Military defectors say a high number of senior officers had taken leave. In some units commanders have given orders to avoid mingling with Iranian-backed militias. They have a higher risk of spreading the virus.

Medics in the opposition-held northwest also fear the coronavirus could spread quickly in crowded camps for tens of thousands of displaced Syrians who fled months of relentless Russian-backed bombing of rebel held areas.

Assad Transparency Humbles All the Other Lying Sons of Bitches Dictators