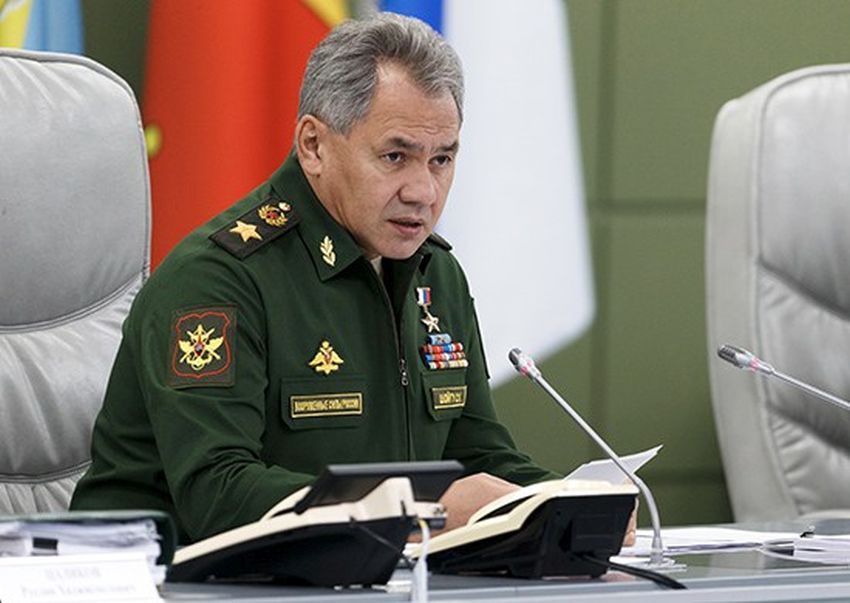 Why Did Shoygu Fly to Damascus to Meet Assad?

Strangely, the Russian Defense Minister, Sergey Shoygu, paid an unscheduled visit to Syria for reasons that remain hush hush. Why did Shoygu fly to Damascus to meet Assad? Is it to withdraw his troops from a highly infected coronavirus environment brought upon by Iranian IRGC terrorists and mercenaries?

There is no reason to believe the visit has anything to do with Turkey or the truce Russia struck with the NATO country. Vladimir Putin must have ordered such a high level visit, and its reasons must be compelling enough to send the highest ranking military officer in the Russian army.

Incidentally, in the last two days, Russia experienced over 130 new cases of coronavirus infections. The number represents one third of ALL Russian cases. Not to anybody’s surprise, stories are also surfacing in Russia to the effect that Moscow is hiding the real numbers of infections. Fools are those who are startled by this revelation.

There is no way in hell Shoygu’s visit is not related to coronavirus infections of his troops in Syria. Courtesy of Iran.

It is not hard to imagine the Iranian infection rate affecting Syrian and Russian troops. They all fight alongside each other. By design, Iran has over 70,000 fighters and mercenaries in Syria; in addition to religious zealots and other civilian professionals assisting Assad in his war on his people. To think that Iran has over 23,000 cases of coronavirus infections and Syria has but one is as authentic as sighting a pink elephant swimming by the Mariana Trench. Literally and truthfully.

To think that Iran has not also infected many Russian troops in Syria to the detriment of its fighting abilities is as strange as sighting a white elephant, not a pink one. There is no way in hell Shoygu’s visit is not related to coronavirus infections of his troops in Syria. Courtesy of Iran. To Russia with love.

HEY SON, OUR TROOPS ARE …

One can think of several scenarios Shoygu may have told Assad. Here are a couple we believe are most plausible.

Diplomacy aside, we believe Shoygu delivered one or more of the stern messages above. This was the real reason, we believe, for his trip to Syria to meet with Assad. To recoil, threaten, and take action dumb Assad could not take.

Why Did Shoygu Fly to Damascus to Meet Assad?