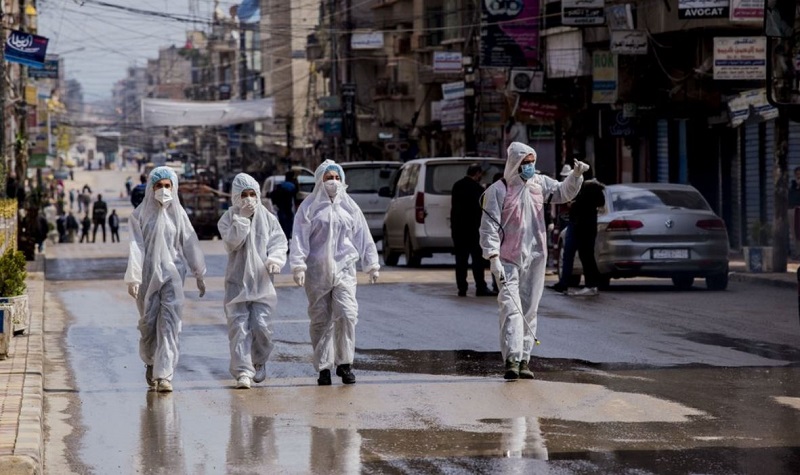 March 26, 2020 5:25 am 0
Syrian Civil War Enters 10th Year With No End in Sight
Assad Regime Claims War-Ravaged Country is Coronavirus Free
Why Did Shoygu Fly to Damascus to Meet Assad?

An international aid group said Wednesday that closures aimed at containing the coronavirus pandemic are preventing it from reaching Syrians in need. In reality, the Assad curfew hinders the aid Syrians desperately need to survive.

The Norwegian Refugee Council said it was unable to reach Syrians where the Assad regime has imposed strict measures to halt the spread of the virus. Syria has a fragile health care system that could be overwhelmed by an outbreak.

While governments are taking tough and much-needed measures to prevent the spread of coronavirus, millions of refugees and displaced people still depend on humanitarian assistance.

CORONAVIRUS SPREAD IN SYRIA WILL BE DISASTROUS

In northwestern Syria, hundreds of thousands of people are crammed into unsanitary tent camps, sheltering from the government offensive on the war-torn country’s last rebel stronghold.

On Wednesday, the U.S. urged the Syrian government to halt its campaign so those displaced can access humanitarian aid.

The U.S. also urged the Assad government to release thousands of civilians arbitrarily detained in crowded jails who are especially vulnerable to the virus. On Wednesday, Syria’s tally of cases supposedly rose to five and testing began after weeks of obstacles in the rebel-held province.

For most people, the new coronavirus causes mild or moderate symptoms that clear up in two weeks. For some, especially older adults and people with existing health problems, it can cause more severe illness. The virus is highly contagious and can spread even by those showing no symptoms.

Countries across the Middle East have imposed sweeping containment measures to prevent the COVID-19 spread. It includes closing borders, canceling flights and in some cases imposing round-the-clock curfews. Mahan Air, which Iran employs to send weapons and troops to Assad, still operates normally.

Iran is battling the worst outbreak in the region. It has reported over 27,000 confirmed cases and a death toll of at least 2,077. Authorities have advised people to stay at home but have not imposed the kinds of lock downs seen elsewhere. State television aired footage of people thronging the streets Monday night, ignoring social-distancing warnings.

The Coronavirus May Have Saved More Syrian Lives
Why Did Shoygu Fly to Damascus to Meet Assad?
Assad Transparency Humbles All the Other Lying Sons of Bitches Dictators
Coronavirus Pandemic 19 Syria News 1098