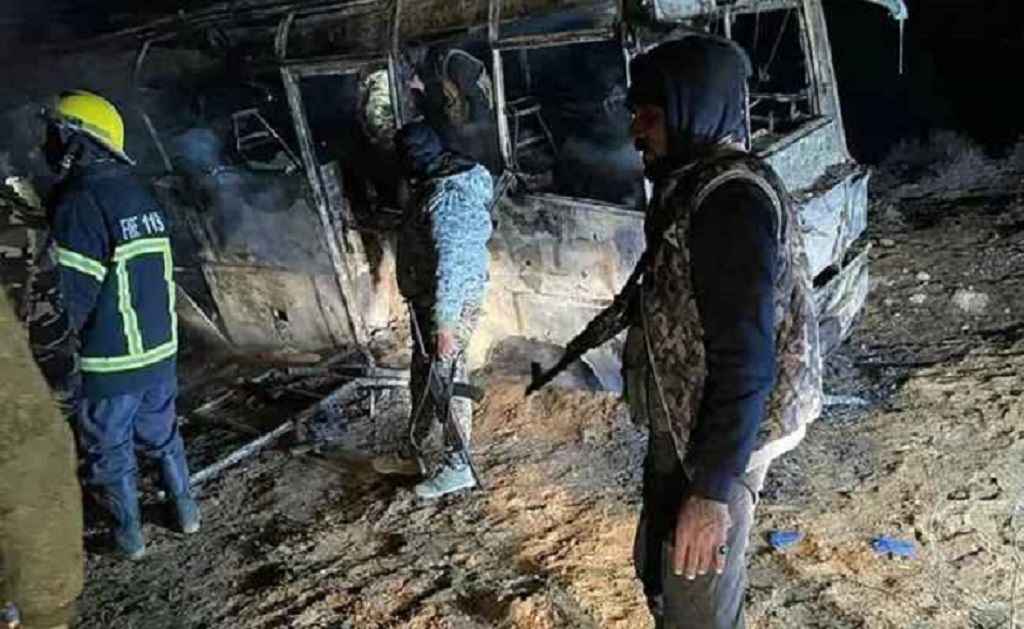 Assad is Winning the War Like Trump Won the Elections

An ambush on a bus carrying Assad soldiers and Iranian-backed militias killed twenty-eight of them while driving on the main highway in Syria’s Deir al-Zor province that borders Iraq, Syrian state media said on Wednesday. Both residents and defectors confirmed it was an ambush on a Syrian army vehicle. From our perspective, Assad is winning the war like Trump won the elections.

There were no more details of the incident in an area that only Syrian army and Iran-backed militias occupy. The ambush location is near the ancient city of Palmyra.

A senior military defector in the area said the vehicle carried soldiers and pro-government militias who had finished their leave and were on their way back to their base in the desolate, sparsely populated area.

Another source said the ambush killed at least thirty soldiers, mostly from the Syrian army’s elite Fourth Brigade. Head of the Brigade is the psycho Maher al-Assad, brother to the sociopath ruler Baschar al-Assad. The Fourth Brigade’s main function is to protect the Assad family internally from uprisings, riots, and civil wars. It has a strong presence in the rich oil-producing province ever since the United States ousted the Islamic State fighters at the end of 2017.

Deir al-Zor residents and intelligence sources say there has been a rise in recent months of ambushes and hit-and-run attacks by remnants of Islamic State militants who hid in caves in the mainly desert region.

They also say in the last few months, executions by Iranian militias against dozens of nomads have angered the Arab tribes who inhabit the area. Some of the nomads have been cooperating with the Islamic State to chase Iran out of Syria.

Assad is Winning the War Like Trump Won the Elections