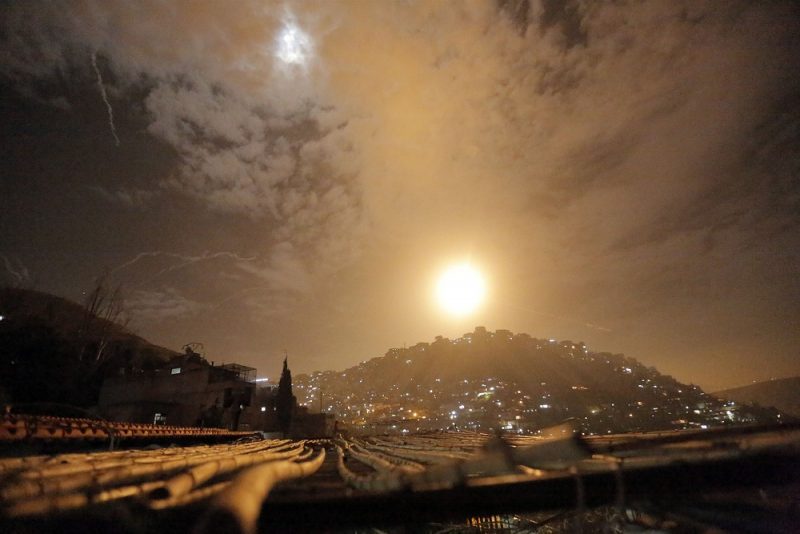 Israel Strikes Iranian Assets Half the Distance to Iran

September 9, 2019 6:47 am 0
Turkey Shot Down a Third Assad Warplane
Are Assad and Hezbollah Terrorizing Lebanon Again?
The Only Way to Deal with Mass Murderer Assad

The monitor said that “18 fighters were killed, but their nationalities have not yet been determined”.

According to eyewitnesses, panic and chaos among the pro-Iranian militias followed the attack. They raided the Abu Kamal hospital for blood.

A viral video of some of the air strikes on Al-#Bukamal that targeted a headquarter of the #Iranian militias a while ago. pic.twitter.com/2u1v8pDhCy

Albu Kamal lies in Deir Ezzor province which covers much of Syria’s remote eastern desert, where the Islamic State group’s so-called “caliphate” made its last stand this year. Iran has filled the vacuum left by the defeat of ISIS.

Control of the area is split between US-backed Kurdish fighters and groups aligned with the Damascus regime, which is supported by Iran and Russia.

Israel has carried out hundreds of strikes in Syria targeting what it says are positions of Lebanese Shiite movement Hezbollah and Iranian forces, which it has vowed to prevent gaining a foothold on Syrian territory.

Iran, its allied militias and Russia have backed Assad by devastating the country over eight-years of civil war.

Pro-regime forces in Deir Ezzor are operating with the backing of various foreign armed groups including Iraqis and Iranians.

The Kurdish-dominated Syrian Democratic Forces control a swathe of territory further north in the province. The Kurds seized the territory from the Islamic State group during a long campaign the U.S. backed logistically.

The Syrian conflict, which broke out in 2011 with the bloody repression of anti-regime demonstrations, has become a complex war. It has dragged regional and international powers into the conflict.

The Assad war against his people has killed over 600,000 and counting.

Israel Strikes Iranian Assets Half the Distance to Iran